And now, some points about inking. Inking is a complex discipline. It requires the following:

1) Control of the tools, that is, being able to make the pen or brush make exactly the mark on the paper that you want it to every time—nothing accidental.

Vince Colletta could make a perfect circle freehand, with a brush, exactly even line weight all the way around. Best hands in the business, or at least tied for same. I’ll tell you about Russ Heath sometime.

2) Mastering technique. You need to know what to do with the tools to make hair look like hair, glass look like glass, sand look like sand, etc. If you tried to develop your own techniques for every occasion, it would take you decades. Better to learn from your favorite inkers. Check, for instance, how John Romita, Sr. does highlights on hair. Take a look at how Dick Giordano renders metal. See how Klaus Janson does glass and reflective surfaces. Take a look at how Wally Wood did everything. Learn from the best. It’s not cheating—it’s building upon the visual language comics artists have been developing for more than a century.

You can develop your own techniques as you go along after you learn the existing ones. For instance, Klaus was a Giordano student. Giordano rendered glass with a wavy line technique—pretty much a cartoon glyph. Klaus took a good look at windows (and Gil Kane’s pencils) and came up with a more realistic technique that featured the reflection of the wall around the window, which is generally what you see if the light is coming from an angle. Very cool.

Effective technique communicates, and that’s what it’s all about.

Let me say that again. THE most effective weapon for creating the illusion of depth on the flat surface of the paper is value. Generally, a progression of values.

The basic “atmospheric” progression of values is from dark to light. Dark values on things close are very dark. The mountains in the distance gray out and almost blend into the sky.

Yes, yes, the colors are brighter and more intense up close, the color contrasts are clearer, but remember, we’re talking inking here. Black, white, gray. We’ll get to color later.

But, you don’t have to look around too far in nature to find others. Light to dark—the sun shining where we are, clouds over the hills in the distance, the mountains far away are almost silhouetted. Dark-light-darker—a dark room, a lit hallway and an even darker room across the hall. Light-dark-lighter. You figure it out. Every combination, every progression you can imagine. Doesn’t have to be three planes, foreground, middle ground and background. Could be as many as you want.

The important thing is to separate planes—even if the planes are only feet apart, you have to create progression/separation. Check out Woody’s work, and Eisner’s and Kubert’s.

Also, get to the Met, to the Dutch Masters room and check out the Dutch Masters. The Dutch were fascinated by light and its effects in the 1600’s. That’s when van Leeuwenhoek made great advancements developing the microscope.

Look at the Dutch Masters’ paintings. Find the work on line if you can’t get to the Met. Miles of depth in those landscapes. A lit plane, a shadowed plane, another lit but lighter plane, cloud-shrouded mountains in the distance, lit sky. You can see for miles and miles.

Notice the fact that it was almost a requirement for every painting of an interior to have reflective, transparent, translucent, matte and semi-gloss objects.

You have to be a picture maker. You can’t ink a panel a piece at a time. First, you’ve got to study the pencils and PLAN how you’re going to use value to ORGANIZE the illustration to make it read, make it have the illusion of depth.

Other useful weapons at the inker’s command in that endeavor are line weight, levels of detail/rendering (i.e., an object at twenty yards has less detail than an object close up) and contrast. You can make progressions of high contrast to medium contrast to low contrast. Or any permutation of such. Get it? No rules. Make it work. Separate planes, create depth or you’re making Rorschach tests.

Value is by far your most powerful tool.

I tried to explain this to inker Dan Green way back when. He was inking the X-Men. He didn’t get it. One day he brought one of his paintings into the office. Who knew he painted? Five miles of depth in that sucker. I said, “Dan! Like this, but with ink!” He said, “Oh, that’s what you mean.” And ever thereafter, while I was at Marvel, he did it brilliantly. He’s a tremendous talent, a great inker, a great artist.

Someday, I will find the guy who invented the expression “spotting blacks,” and kill him with my shoe. Spotting blacks—scattering black areas around the panel stupidly? WHAT?

There are people who should know better who advocate making an “interesting pattern,” an “abstract design” with the placement of black areas in the panel. They are insane.

Even the great John Buscema, in How to draw Comics the Marvel Way says that crap!

John seldom inked, but when he did, he never sabotaged his art by destroying the depth by “spotting blacks.” He knew better. He was a great artist. If he had lived during the Renaissance, he’d have given Michaelangelo a run for his money. Yes, I’m serious.

So why did he say it? John wasn’t a writer. He wasn’t good at explaining what he did so brilliantly and naturally. He had to write something, and that was a thing you were supposed to say. He was trying to fill space.

4) An inker needs to be able to draw well to properly interpret the meaning of the pencils. He or she has to know the convex and concave parts of the body as well as the penciler does, and convey the right information. An inker should use reference. Get it right. Even with tight pencils, there is always room for interpretation. Get it right.

Learn to draw better, and you’ll be improving your inking skills automatically. This is the advice I gave Miller, Lapham and many others, and they turned out okay.

Pencilers and inkers—use a ruler. Use templates. Never freehand any man-made or machined object. Do not cheat. Do not fake it. Get it right. Yes, it will take much more time—for a while—until you polish up the skills. But, better one good page than ten bad ones. 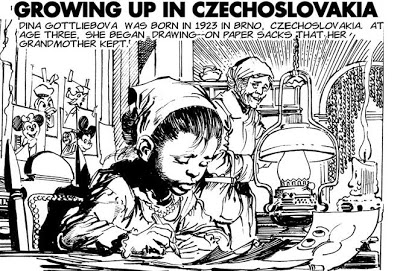 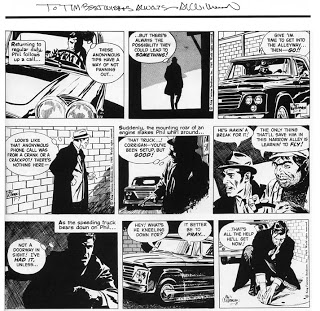 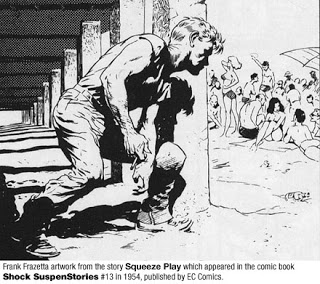 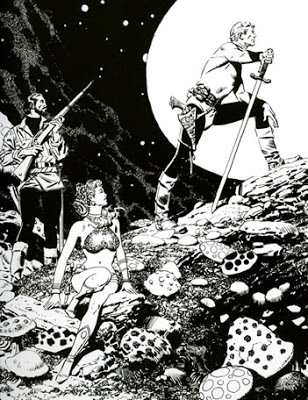 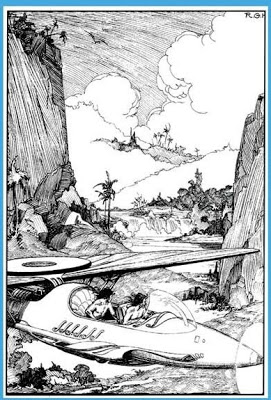 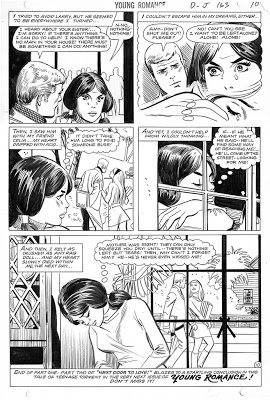 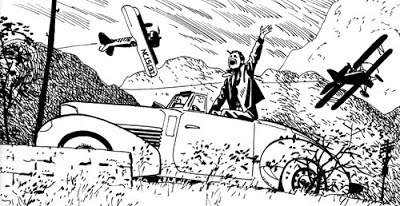 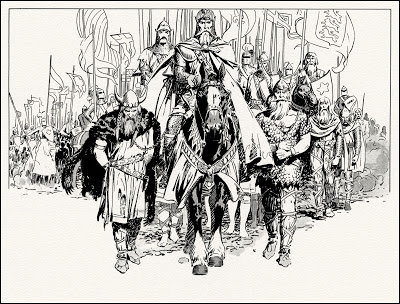 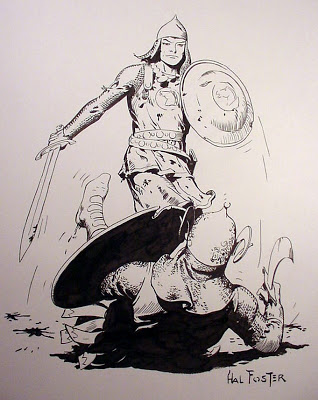 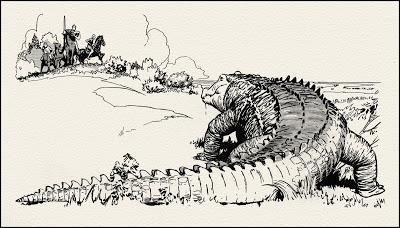