After work, my editor, Mort Weisinger, would take us to dinner. I’d never been in a restaurant that had tablecloths on the tables before, and precious few of the other kind, for that matter.  Mort took great delight correcting me when I picked up the wrong fork. It was a lesson in establishing characters—he was the big, important V.P. Editor from New York and I was the young bumpkin. I didn’t even mind. The whole thing was like a dream.

Now, to the point.  One evening, Mort took us to the Alvin Theater to see the Broadway play It’s a Bird, It’s a Plane, It’s Superman. Mort played a part in getting the show licensed. The way he told it, he was responsible for all such things, including the Batman TV show. All I know is that we got VIP treatment. 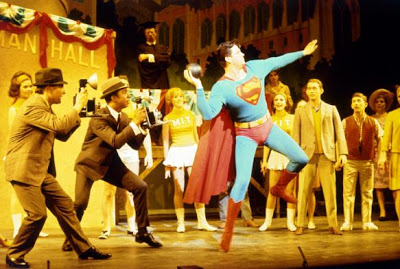 We sat sixth row center on the left aisle, the classic “best seats in the house.”

Somewhere in the middle, a very mild, sexual innuendo joke was made, the only one in the play. Everyone laughed except my mother. She turned to Mort, my boss, and asked why everyone laughed. And there, in the Alvin Theater, in the middle of It’s a Bird, It’s a Plane, It’s Superman, my boss was explaining, with some difficulty, to my naïve, unworldly mother in her homemade dress, facts of life stuff.

I wanted to crawl under the seat.

But, no. I quickly got over it. It was another lesson in character, I decided, like the fork thing, though Mort was more polite to my mother than he was to me. She was who she was, got that way honestly, and had every right to be that way. Naïve church lady? Okay. I was okay with that. Through this incident an element of her character was revealed. And Mort’s as well. And maybe I grew up a little in that moment, too. All very instructional for the kid who wanted to be a writer. 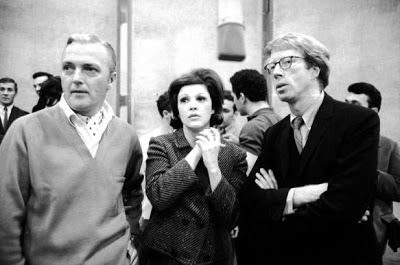 Besides, the play sort of echoed the incident. It was, after all, about naïve Superman versus clever and sophisticated Max Mencken (Jack Cassidy) and brilliant, bitter Dr. Abner Sedgewick (Michael O’Sullivan).

And, besides, I was really enjoying the play. Like I said, the whole thing was like a dream.

After the show, Mort led us around to the stage door, knocked, and we were welcomed in. The fellow at the door obviously knew Mort and treated him like a big shot.

Backstage, Mort introduced me to Bob Holiday, who gave me an autographed picture of him as Superman, inscribed (this is from memory, I don’t have the photo handy) “To Jim! Keep writing those stories about me! – Bob Holliday” 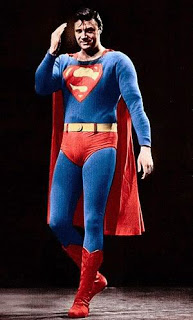 I also got to meet, or at least exchange greetings with Jack Cassidy, Linda Lavin (Sydney) and Patricia Marand (Lois Lane). 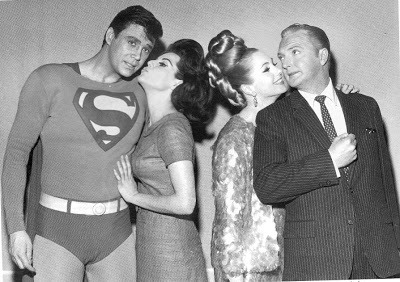 They showed me how Superman flew. In each scene in which he flew, a stagehand holding a cable would be hiding behind some item on the set—a piece of furniture, whatever. Just before it was time to fly, Superman would conveniently stand near the hiding place and, unseen by the audience, the stagehand would clip the cable to the harness he wore. At the other end of the cable, atop a tower of sorts offstage, a very large heavy man would jump off when the time was right, holding the cable (I’m guessing, but I suspect it was otherwise secured to him as well). The large man went straight down and Superman went up and away. Ancient technology. 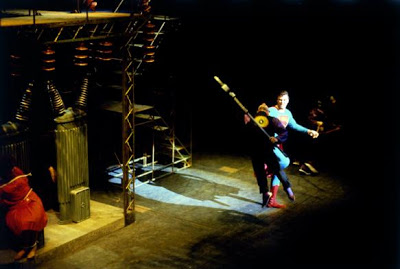 No major accidents, as with the recent Spider-Man show, but they told me that one time, the cable slipped out of the stagehand’s grip and swung to the middle of the stage. Superman apparently just walked it back over and handed it to him, never missing a beat.

Mort took us back to the Summit in a cab.