Storytelling Lecture Series, Part 18 (Edited from the transcript of a 1994 seminar) 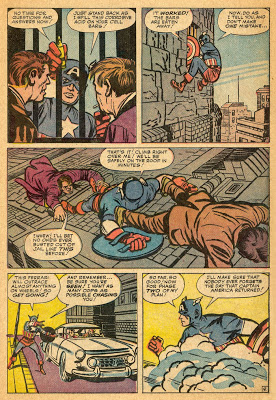 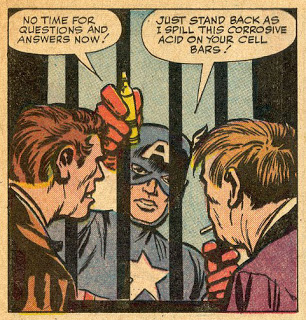 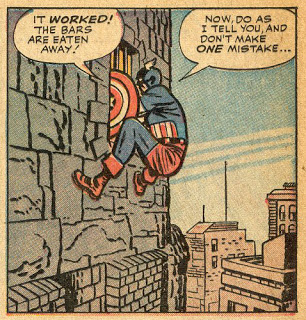 Here’s an interesting thing. They’re still talking. Generally, you’d show that up close. Kirby could have done this closer, but he pulled the camera back here to show you how high up we are, where we are. Resetting the location. An establishing shot. Why’d he do that?

Because he was trying to set up this shot. Remember I said he was very careful about tilting his camera? He has now tilted it 90 degrees. He’s turned the world on its side. When little 11-year-old Jimmy read this in a barber shop, I never for a moment wondered why these three men were lying on the street. [laughter] I knew exactly what was going on. Why?  Because he set it up. He made sure I could not misunderstand.

So Cap puts the crooks in a car. A Ferrari, says Stan. I’m guessing here that Kirby didn’t have any Ferrari reference handy. And they get away. What’s interesting here is the pacing. More about that in a minute. 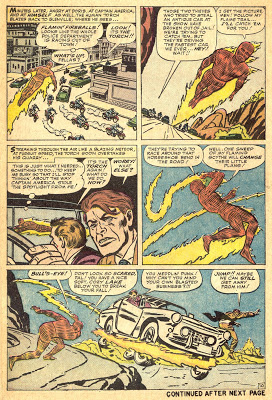 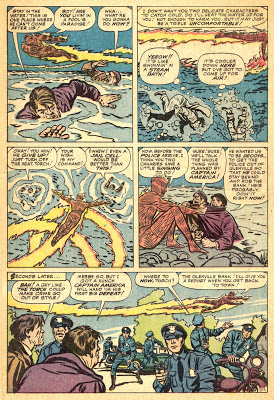 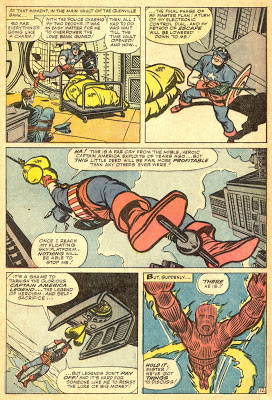 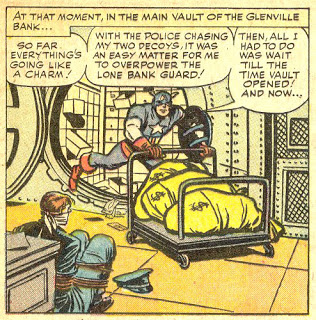 This is an interesting panel. Look at this. There are 15 minutes of time in this panel. Cap obviously broke in, overpowered the guard, looted the vault…. Kirby didn’t spend his life drawing this panel, but, everybody knows what happened here. We see him wheeling the money away…

Panels two through five – this is the setup for a long pull-back-to-reveal. Wait till you see what’s next.