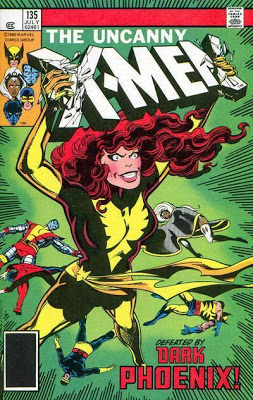 When I read the X-Men make-ready that included the scene in which Phoenix destroyed a Shi’ar starship, killing hundreds, and an inhabited planet, killing billions, curious, I asked Jim Salicrup to show me whatever else was done on the storyline. Because Claremont and Byrne were very efficient, on time and professional, the next several issues were well along. The climactic issue was still in the plot stage, I think. I think Byrne had not yet begun to pencil it. At any rate, I discovered that Chris (and John) had backed down from the idea of Phoenix becoming the X-Men’s Doctor Doom. The plot indicated that Phoenix would somehow be mind-wiped and let go. Back to living at the Mansion, hanging around with Storm and company, sitting at the same table for lunch, etc.

That, to me, would be like taking the German army away from from Hitler and letting him go back to governing Germany.

Did I have a “moral” issue with that? Yes. More than that, it was a character issue. Would Storm sit comfortably at a dinner table with someone who had killed billions as if nothing had ever happened? Nah.

I don’t know whether most people grok this idea, but the Editor in Chief is charged with governing, managing and protecting all of the characters. It was my job to make sure the characters were in character, and I was the final word on what “in character” was. Not Chris, not John, not any freelancer. The company relied upon me to manage and protect the company’s intellectual properties.

I told Chris that the ending proposed in his plot didn’t work. It wasn’t workable with the characters, and in fact was a totally lame cop-out, storywise. I demanded a different ending. Chris–enraged–asked me just what that might be. I suggested that Phoenix be sent to some super-security interstellar prison as punishment for her crimes. Chris said that the X-Men would never stop trying to rescue (?!) her and that the story would become a loop. I said that then he should come up with an ending.

I wasn’t privy to Chris and John’s conversations that night, but whatever.

The next morning, Chris stormed into my office and said that there was only one answer–they’d have to kill Phoenix. I said fine.

I don’t think he expected me to say that, since killing characters just wasn’t done in those days. Chris waffled a bit, but then I became insistent! She’s dying. That’s it.

Chris left my office, obviously found a phone somewhere and, a few minutes later, I got a call from John that started with him asking me if I was insane.

I insisted on the “solution.” It was done–brilliantly, if reluctantly–by Chris and John. And that’s was the issue that propelled the X-Men to the top for, what, two decades?

That’s the story. Check it with Salicrup. Actually, Chris would probably corroborate it, too, though he’d make it seem that he was smarter and that I was a doofus. I’m okay with that. Chris doesn’t get nearly enough credit for what he accomplished. I’m proud to be the doofus who helped to enable it. 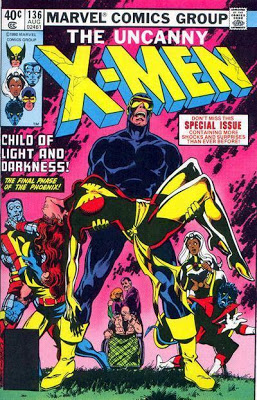