When I took over as Editor in Chief of Marvel on the first working day of January 1978, I didn’t know it, but the place was rife with corruption.  Most of it was small-time, but some of it wasn’t so small. This is the tale of one of the smaller, but still very damaging instances.First, in my early days as Editor in Chief at Marvel, I went to a lot of conventions, trying to promote the books. I was on the road two or three weekends a month. I paid my own expenses—that is, Marvel paid my expenses. I had an expense account. So, con organizers were glad to have me, a professional guest for free.

In case you don’t know, in those days, comics companies never sent creators or even staffers to conventions, or on any kind of promotional trips.  It just wasn’t done. Con organizers had to pay all expenses to get professional guests to come, unless the pro lived in the neighborhood.  Then, all they had to do was provide a free table.

Anyway, I did a lot of panels talking about, and talking up Marvel projects. These speeches were usually followed by a Q&A.

I told them that I would look into it.

Back at the office, I went to the director of the subscription department, a woman named Kathy, to ask how this epidemic of non-fulfillment could possibly be happening. She assured me that it wasn’t happening.  She insisted that every subscription was fulfilled.  She also said that lots of times, little kids would send in filled out subscription forms but no money. She guessed that those were the ones complaining. I pointed out that the youngest of the scores of complainers was clearly in his teens. She shrugged it off. She simply refused to believe that any such thing could happen.

A few nights after that frustrating conversation I was leaving the office late, as usual. I was often the last one out. I went out the back door, down a short hallway and into the elevator lobby. There I saw Anna’s cart near the front doors of the offices.  Anna was the cleaning lady, a sweet, pleasant, white-haired, older woman. She was Polish, and spoke only a few words of English. She was always pleased when I said “Dzien dobry,” good day, two of my few words of Polish. 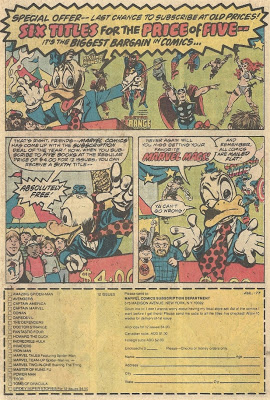 I examined a few.  I should have had a magnifying glass and a deerstalker hat, I guess, but I made do without.  On nearly every form, I could see that COINS had been taped to the thing.  The tape had been pulled off, the coins were gone and the form discarded.  Of the forms that had no coin/tape marks, most were marked for multiple subscriptions.  They probably had folding money with them.

I asked Anna if I could have one of her trash can liners and finally got her to understand what I meant.  I scooped all the sub forms out of her bin, bagged them and put them in my office.

The next day, I showed my evidence to Kathy.  Clearly, the receptionist was stealing any cash that came in with a sub form and was throwing those forms away.  Kathy, however, steadfastly refused to believe it.  I was dumbfounded.  She insisted that no such thing was occurring.  She adamantly refused to take any action.  What th…?

I took my evidence to the financial V.P., Barry Kaplan.  He believed it.

Barry carried the ball from there.  The receptionist was fired that day (over Kathy’s objections!) and that was the end of that scam.

Years later, I was doing a signing at a comics shop in the Bronx.  Who should turn up but the thief- receptionist, very happy to see me, very friendly.  She’d heard I was appearing at a shop in her neighborhood and came by to visit.

I had nothing against her except for the stealing thing, so I kept it pleasant and upbeat.  I guess no one ever told her I was the one who busted her. 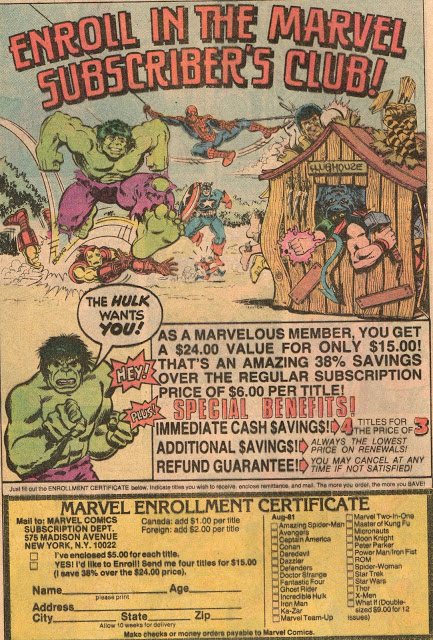 JayJay here. One more thing… Jim is making some more of his scripts available for download. They are located in the sidebar to the right and there will be more added soon.