As I understand it, the gist of what happened is as follows:

The settlement offer essentially included Howard the Duck in Marvel’s standard character-creation incentive plan, one of the several incentive plans I had installed. It also guaranteed a limited publishing program of Howard the Duck publications and specified Gerber’s terms of employment. None of those terms were novel or extraordinary. They were, in fact, much the same as had been offered to Roy Thomas.

From the point of view of Marvel’s top brass, they had made the suit and legal expense go away for nothing. They were very pleased. And unconcerned about whatever grief doing so might engender for me.

So, the time came to publish and we set out to do so. Gerber delivered a script.  I read it and expressed my concerns to Publisher Mike Hobson and President Jim Galton. Mike wrote Marvel’s responses to Gerber and his attorney. Here they are: 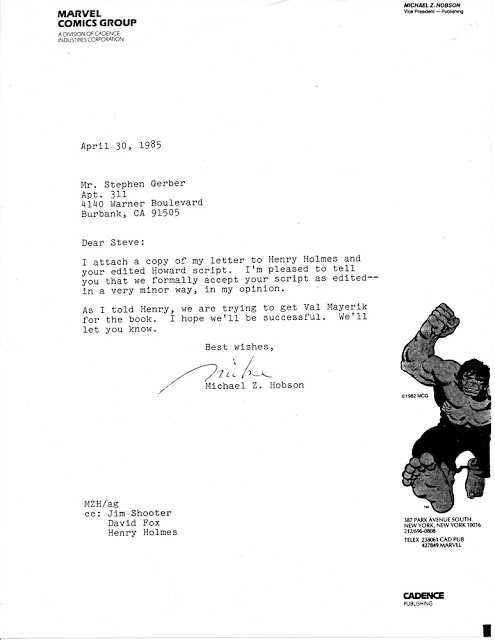 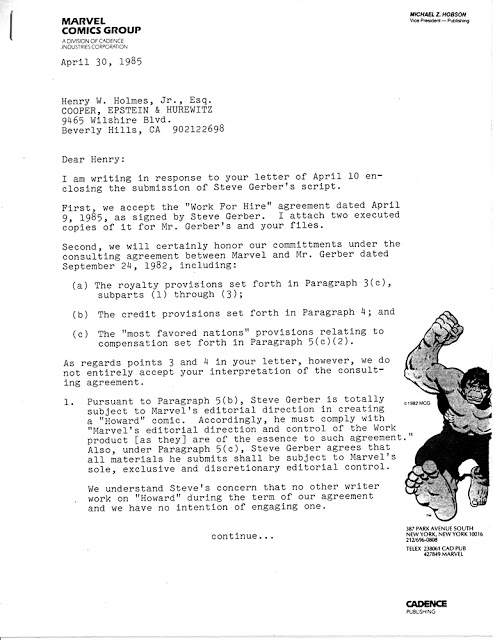 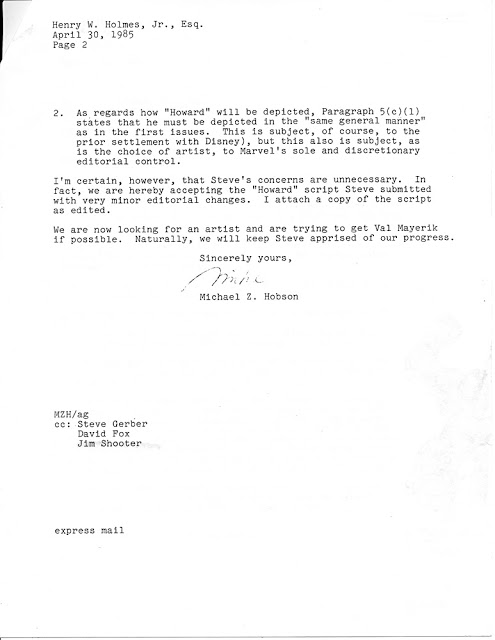 Gerber refused to accept the changes offered or propose alternatives.

And so, for then at least, there was no Howard book by Gerber.

Disney’s legal threats and demand for the Duck to be redesigned happened while I was associate editor. I wasn’t involved. The redesign was handled on Marvel’s end by John Romita. Disney artists ultimately provided Marvel with a design Disney deemed acceptable. John actually seemed pleased to have gotten Disney to do the work for us. Here are the results: 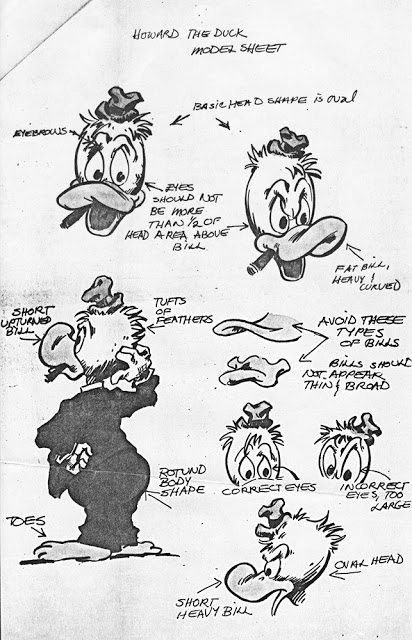 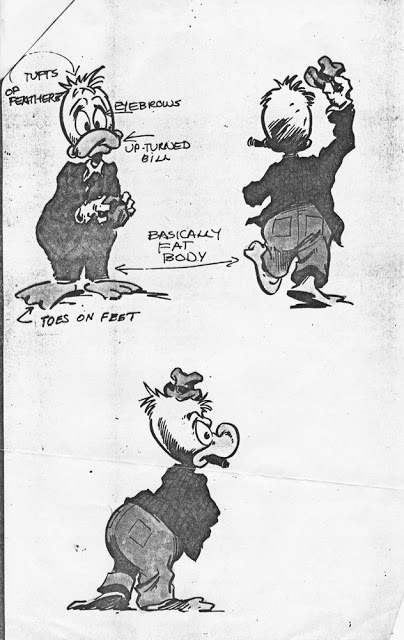 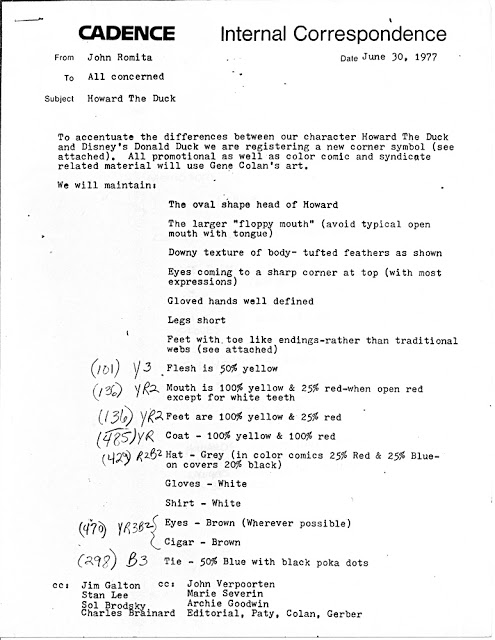 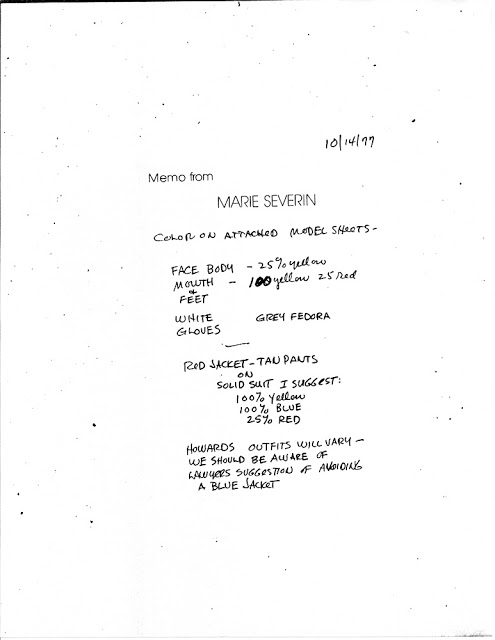