When I first became Editor in Chief of Marvel, George Roussos was the “cover colorist.” His office was a tiny, ugly little room at the 575 Mad Ave HQ with no natural light, way in the back near “Stan’s Closet,” which deserves a post of its own sometime soon.

After early struggles, we turned around the plunge into the abyss I inherited and Marvel started to succeed.  Sales were good. We expanded. We had to hire more editors.

I needed George’s room, however crummy, for editorial types.

Aha! The perfect solution presented itself. There was a big, well-lit, corner office that, as I recall, had only two occupants, graphic designers, Davida and Nora. Lots of room. Natural light. Quiet co-workers. Perfect, one would think, for a colorist.

I moved George to the “good” room and installed new magazine editor Lynn Graeme in George’s old room. Natural light, I figured, was less important for her and her assistant.

George, the good soldier type did as ordered. But he seemed unhappy.

Production manager Danny Crespi clued me in. George had grown up in an orphanage. He’d never had his own space, never had any privacy at all growing up. He hated being in a room with other people. Nothing against them, but he cherished being alone.

Not too long thereafter, Marvel moved to custom-made offices at 387 Park Avenue South. I had some influence (not enough!) on the design. One thing I noticed in the original design was that the architect had put George in the bullpen, with lots of people around him. I objected.

I suggested that we take the planned closet next to the Stat Room and make it George’s office.

The architect and others involved, financial officer and, for all intents and purposes, operations V.P., Barry Kaplan argued that A) it was a closet! It was tiny! And B) I was insane. I conceded “B,” but pointed out that, because the closet was next to the stat room, which required water, there was no reason it couldn’t have a sink! Vital to a colorist. And I assured them that George would be happy there.

We moved in. George was pleased with his new “office.” He actually made it smaller, sort of. He put his art table in one corner, walled himself off with tall filing cabinets, kept the lights off except for the desk lamp over his table and was happy as a clam.

Not a day went by that George didn’t thank me for his office.

My remembrance of George’s office (many fond memories). – JayJay 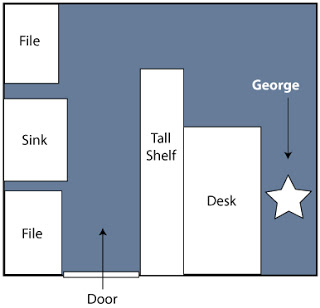 Here are a few things that relate to previous posts and comments:

A memo regarding the Olshevsky Marvel Indexes: 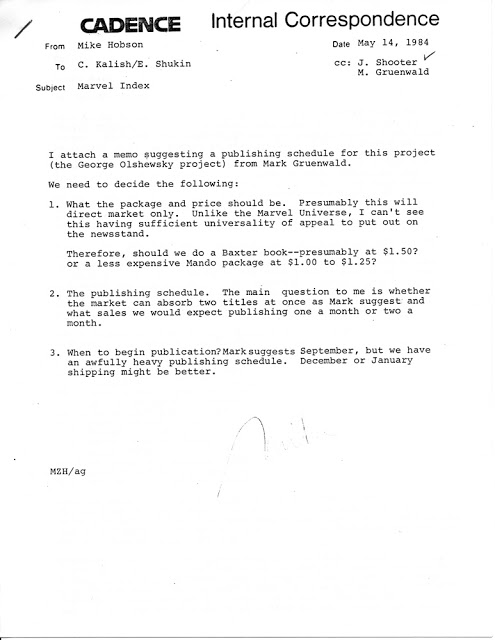 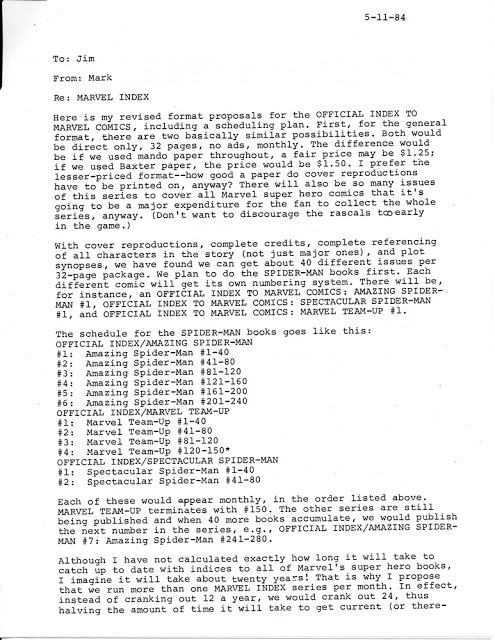 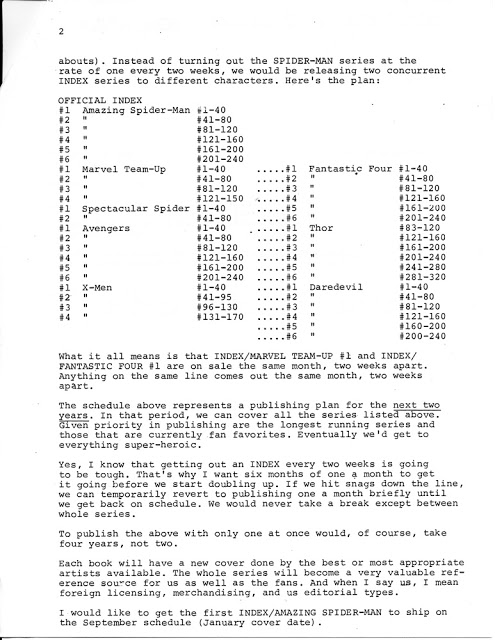 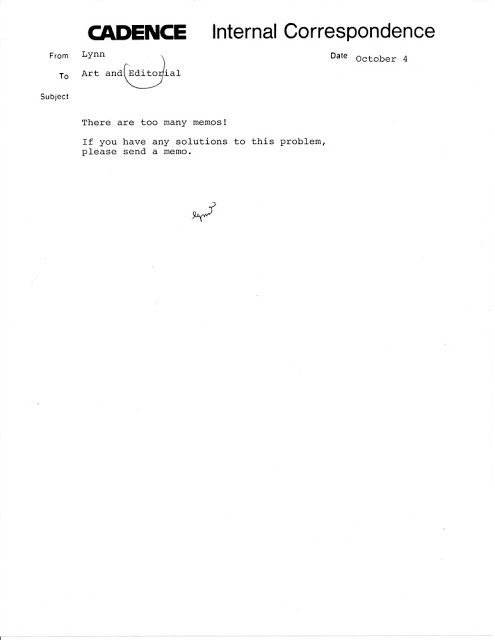 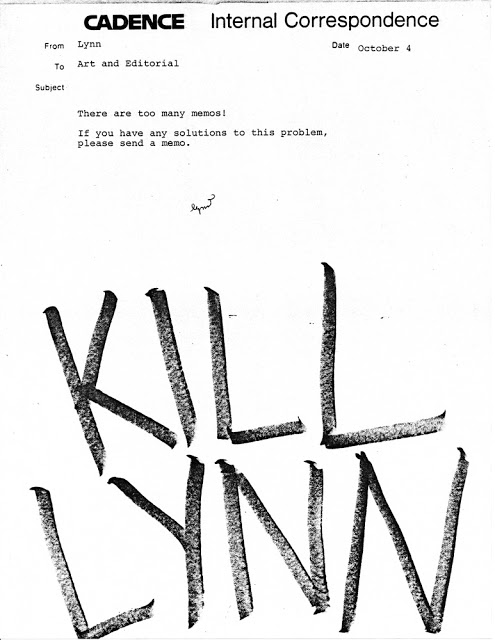 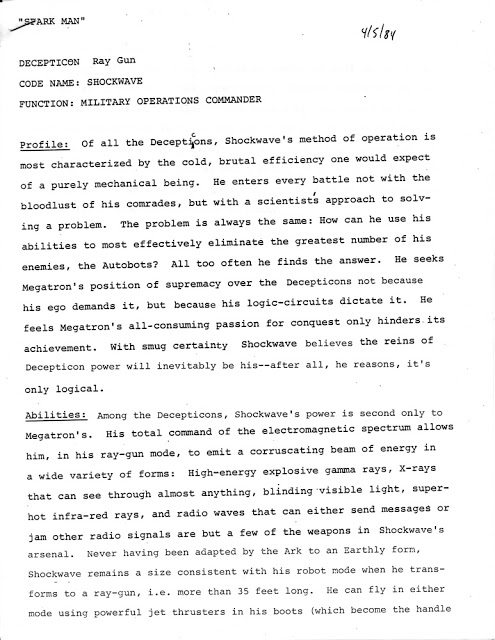 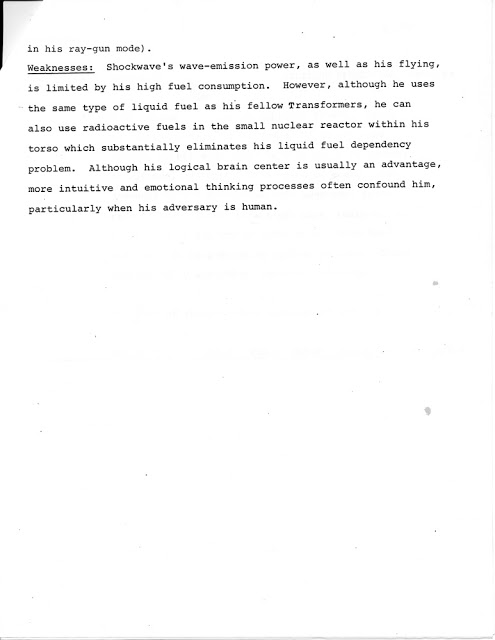 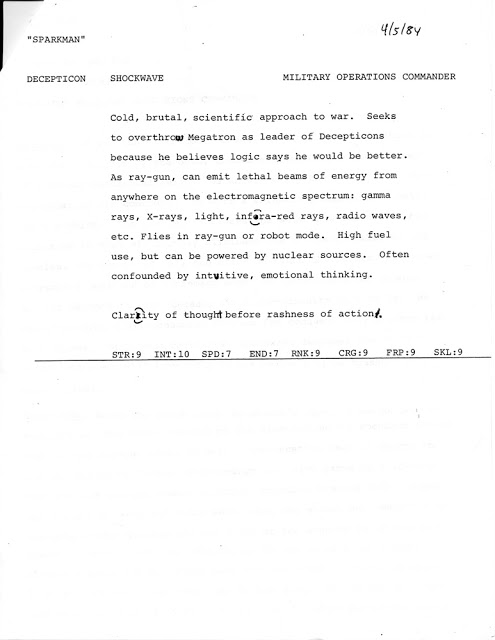 A memo about X-Factor early on: 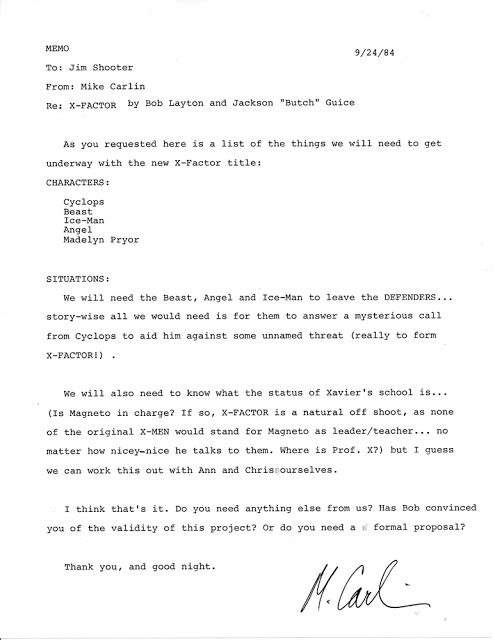 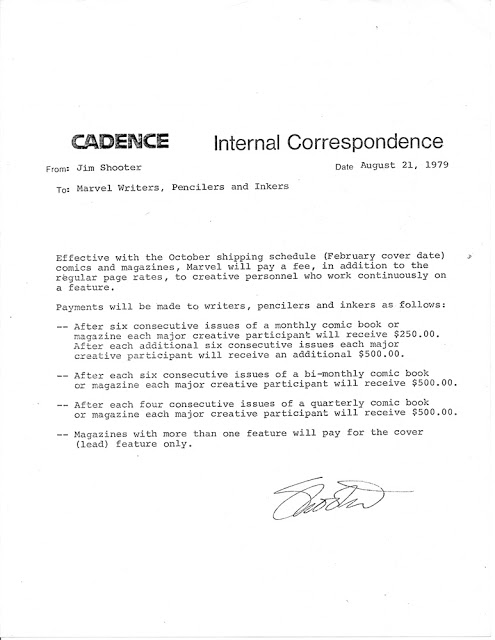 The script for a “Spider-Man’s Bachelor Party” event. Not sure who wrote it. The last line sounds like me, but…not sure: 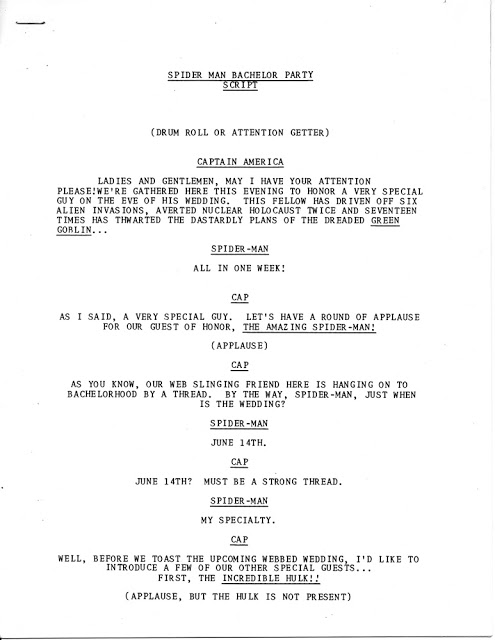 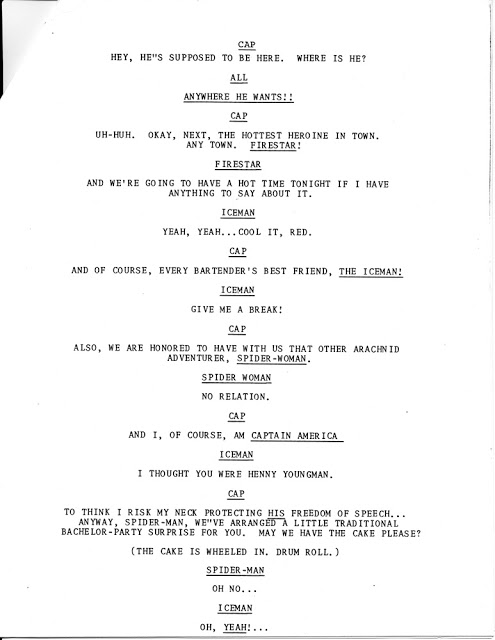 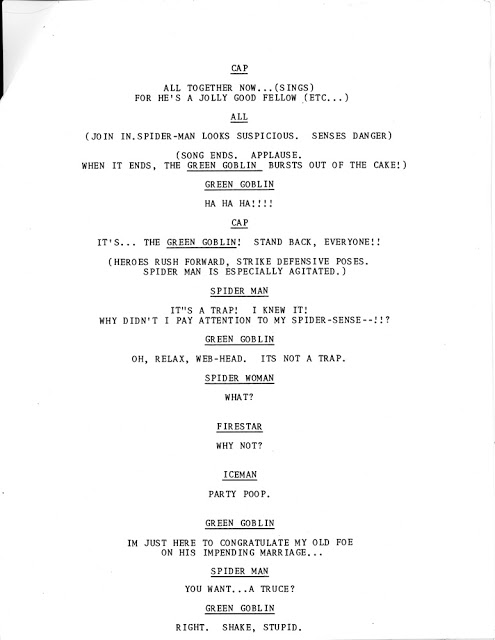 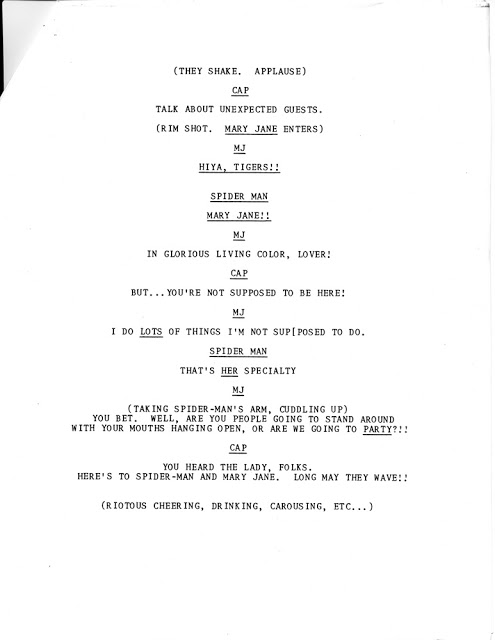 TOMORROW: Another surprise from the archives – JayJay

OVER THE WEEKEND: My Final, and Most Intense October Tale

MONDAY: I Don’t Know!  I’ll Come Up With Something!