I was fired by Marvel in April of 1987. Sometime in May, Marvel’s business affairs veep, Joe Calamari called me to ask for help.

Marvel’s new owners, New World Entertainment (it was New World Pictures when they acquired Marvel, but they’d changed the company name) wanted Marvel to have a balloon and a float in the Macy’s Thanksgiving Day Parade. Development of the balloon wasn’t going well. He wanted me to consult.

That sounded interesting. And, they were paying me….

I found out that Macy’s handles the construction of all balloons and floats. The sponsors contribute ideas or designs and approve the work. The balloon shop, where the prototypes were sculpted was in Jersey City, as I recall. The balloons were actually constructed in Ohio.

So Joe and I drove out to the balloon shop. On the way, Joe explained the situation. The character chosen for the balloon was Spider-Man. Marvel had provided reference to the Macy’s balloonatics, but Joe didn’t like what they’d come up with. He’d brought John Romita, Sr. in to advise them, but, he said that hadn’t helped. His assessment was that John (and comic book artists in general) were okay when it came to two-dimensional drawings, but just couldn’t deal with 3-D things, like balloons.

Joe Calamari is a very unusual person. He thinks and does some unusual things. I’ll tell you a few stories sometime.

Joe called me because, he said, I was always good with 3-D things, toys and such. All the licensees, for that matter. Okay.

As we were arriving at the balloon studio, Joe said that the Macy’s executives had warned him that the sculptor, though a brilliant artist, was “difficult” sometimes because he had a huge ego.

The balloon sculpture studio was amazing. There were clay sculptures of many past years’ balloons all around and several new ones in progress for 1987, among them Ronald McDonald, Snoopy on skates…

…and what appeared to be Spider-Baby in the midst of a strenuous bowel movement.

How can I make the image clearer? Picture Richie Rich:

Position something like this, but more scrunched up, more of a straining-to-poop position: 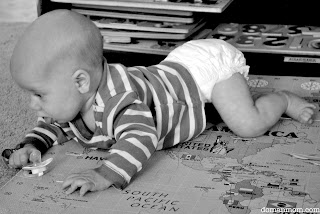 I was introduced to the sculptor. After complimenting the guy on the other sculptures, I told him, as politely as possible, that Spider-Man wasn’t quite on spec. How so, he asked.

I started with the proportions.

He flatly dismissed what I said. In patronizing fashion, he explained to me, as if I were as young as Spider-Baby appeared to be, that this was a balloon, you see? It has to work as a balloon. Then he launched into technical talk about “massing” gas cells for lift distribution, aerial stability, blah, blah, blah, blah, BLAH….

Then I got it. It wasn’t that John Romita couldn’t tell what was wrong with this abomination—it was this:

John is too polite, and very respectful of other artists. John is absurdly honest, and, as honest people often do, assumes the other guy is honest, too, till proven guilty. John is a good and noble soul, reluctant to be cynical and suspicious. And, I suspect, John was uncomfortable arguing technical issues upon which he was no expert with someone, a respected artist, who was.

I told the guy firmly that the figure had to have adult proportions. Wider shoulders. Narrower waist and hips. Muscular, but not over-built. I showed him reference (which he already had been given). I demonstrated proper hand position. Foot position. And…you know. Probably everyone who reads this blog would give the guy the same instructions.

Throughout this, the sculptor was fuming. I pressed on.

“This arm forward, this leg back. He has to look like he’s crawling!”

“WHAT?!” he yelped. “Absolutely not! I’d have to cut the steel framework!”

“Well, then,” I said, “you’ll have to cut the framework,” while thinking, “There’s a steel framework?”

He stridently insisted that what I was describing could not be done. Impossible! It won’t fly! 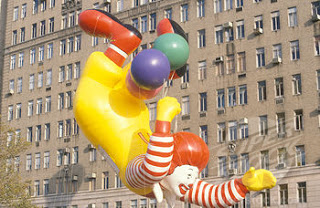 I suspect that John Romita told him more or less the same thing I did, but wasn’t willing to be as fiercely obnoxious as I was. What, I should worry that my reputation might suffer? Hah!

Later, Joe and I made another trip to the balloon studio to see the model nearly finished. It looked pretty good. Possibly John Romita had done some supervising between my visits, I don’t know. Hard to believe the sculptor went from Spider-Baby to a reasonable Spider-Man in one shot, all by himself, but, whatever, he got there.

The sculptor hadn’t indicated the webs on the costume yet. I told him not to even attempt it. I asked Joe to have John come back and draw the webs on, and he agreed. And, I guess John did the webs, because they ended up looking right.

The Macy’s execs offered me the opportunity to march in the parade as one of the “balloon wranglers” for the Spider-Man balloon. An honor. Doing so, however, would have meant displacing a Macy’s employee, to whom balloon wrangling was a big deal. I declined. I wanted to watch, not participate, anyway.

I attended the balloon inflation festivities on West 77th Street on Thanksgiving Eve. It was an amazing feeling watching Spider-Man take shape.

The next morning, the Spider-Man balloon flew just fine, thank you. As it has ever since.

I also consulted with the creation of the Marvel float that year. Float creation was also managed by Macy’s. I met with their execs in their offices at the Herald Square store. Someone suggested doing a New York City scene with Marvel Super Heroes. I offered a sketch of the float as a cross-section of the city, showing the sewers and lower levels, Doom’s Lab, the street level, Doctor Strange’s house and skyscrapers, with heroes and villains each in their proper milieu. I proposed the building that tipped when the Hulk pushed it over. They used my design, and had “extra” characters walking alongside the float.

I’ll run my sketch when I come across it.

While being inflated, the balloons are held down by huge nets. 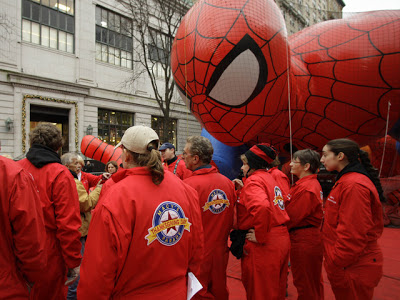 The party that happens every Thanksgiving Eve on the streets on either side of the Museum of Natural History, where the balloons are inflated is awesome.

The floats are built and stored in Jersey and brought to Manhattan in the wee hours through the Lincoln Tunnel.

That was a blast, and I thoroughly enjoyed it. I still love seeing that balloon in the parade.

NEXT:  I’m Not Sure – Something Groovy