Or, you can end with another climax/cliffhanger and continue the story into a third issue.

And a fourth? Or more? There are no rules. But, you’d better be good if you’re going to continue a story that way for many issues. Keeping the dramatic tension building over many issues is difficult. And, the longer you make the audience wait, the bigger and better you’re going to have to make the final payoff.

The above is not a formula, by the way. No, I am not advocating formula writing. First of all, introducing the characters, establishing their situation, etc.—those are just elements of a story. Any story. Every story. Every Shakespeare play, every episode of Lavern and Shirley, every Michael Crichton novel, every Fleischer Popeye cartoon…etc. Hard to have a story without ‘em. They’re just the bricks. You can build a cute little Lego shanty out of them or the Taj Mahal. My Mother the Car or Hamlet. No limits.

And the technique of building to a climax/cliffhanger is just that, a technique. It’s the most often-used technique. How many times have you seen it done on TV when a show has a two-part episode?

And, by the way, it’s generally good policy to try to seamlessly weave your introductions and establishments the info into the action so it’s invisible exposition. And provide only the info necessary to understand the story in hand. I have to add that or some people assume that I’m advocating starting every story with a documentary about Spider-Man or whomever.

And, let me add, just in case, of course you continue to introduce/establish characters and what have you throughout the story. Uncle Scrooge is a miser every time you see him, not just the first time.

Get the feeling that what I say has been misconstrued a lot? There’s no end of examples out there of people repeating my supposed advice completely wrong.

Another approach to a story that continues over several (or many) issues is to construct each issue as a complete story, each story being a part of the tapestry of the overarching story. No cliffhangers. Just strong, one-issue, related stories adding up to a bigger story.

I used that approach for Steel Nation, a Magnus Robot Fighter story published by VALIANT. Steel Nation consists of four issues. Collectively, they tell the tale of a rebellion of freewill robots against humankind. Each issue has a complete story devoted to a phase of the war, and to the evolution Magnus undergoes as his eyes are opened to the justice of the robots’ cause. The stories are entitled “Protector,” “Soldier,” “Traitor” and “Savior,” which should give you a hint about the hero’s journey. 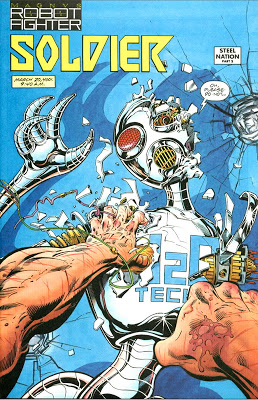 Later, a prequel, “Emancipator” was added.

As I said, there were no cliffhangers, though I did use teasers, especially important with that approach. Stay tuned. 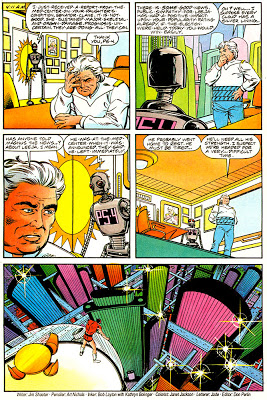 Another approach to continued stories that you don’t see much in comics is the Hill Street Blues technique. Hill Street Blues was a TV show about cops. As I recall, in each episode, they started at least one storyline concerning one or more characters, they had the climax/conclusion of a storyline concerning other characters, and they had a “middle” of yet another storyline. Something started, something finished and something was in mid-development every week. And they kept it rolling that way.

Naturally, that technique is best suited for a group or ensemble.

Doesn’t have to be three stories lapping. Could be two or as many as in a Russian novel. But that’s a very high-degree-of-difficulty dive. Chris Claremont wandered off into Russian novel-like territory sometimes on X-Men.

Sure. Run a continuing story intertwined with complete episodes of other stories. For instance, Green Lantern is involved in a multi-issue pursuit of Sinestro, but in each issue also deals with a villain du jour in a complete story—Star Sapphire one issue, Myrwhydden the next, etc.

Or, as Moench did with his best Master of Kung Fu story, a six-parter, issues #45-50 plus an epilogue issue, I think—he built each issue around the star and one principal member of the supporting cast as the overarching story developed, each issue teeing up the next.

Or Christopher Priest’s great Quantum and Woody blackout sketch technique, which told their tale over many issues in bits and bites from all over their lives. 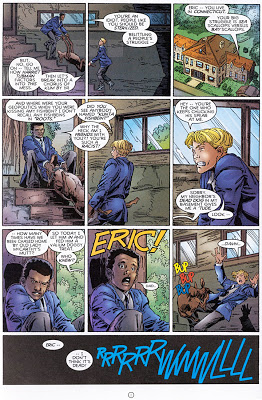 Many other ways, including combinations of the above.

One of the great things about a serial medium is that you can do stories bigger than will fit in one issue. Getting readers to come back for the next issue is the challenge.

Not us. We’ll be back anyway, because we love this stuff, love the characters and it takes a great deal of awful to drive us away. But the new readers, and those on the fence? Them.

Or any general audience, less hooked on whatever than we are on comics. TV viewers, for instance. Yes, there are some people who will not miss and episode of Law and Order. Yes some shows survived and succeeded because of a dedicated fan base, famously Star Trek. But even the producers of Star Trek made the effort to reach and hold onto new people. That’s why the climax/cliffhanger technique is so popular. It’s effective.

But, for something that sounds simple and self-evident, in comics it’s often not done well.

I’ve seen this too many times: The writer takes us through twenty-one pages of set-up, what he or she thinks of as “human interest,” like hanging around the mansion drinking coffee, and maybe an action scene that’s trumped up so there will be an action scene. The hero stops a bank robbery or something. Something ultimately irrelevant to the overarching story. Then, on page twenty-two, Doctor Doom or some villain appears. Doesn’t do anything, just appears, looking menacing.

We get it. We know who Doctor Doom is. We know that this means trouble. And we probably didn’t mind spending a quiet day with the hero.

But the guy on the fence, or the new reader isn’t nearly as impressed, even if they know, or have an idea who Doctor Doom is, or intuit from his looks that he’s trouble. What it means to them is that they sat down to read a story, this issue—but, apparently the cool stuff starts next issue.

It’s not a cliffhanger. It’s a tease. And if what a new reader has paid four bucks for is twenty-one pages leading up only to a tease, there’s a fair chance they won’t have enjoyed the experience. Not nearly as much as we do, anyway. You know us. We enjoy Spider-Man stopping a miscellaneous bank robbery any old time.

The other way writers in these decompressed days blow it, in my opinion, is that they use a “shocking development” as if it were a climax/cliffhanger. To take a recent example, at the end of Ultimate Comics All-New Spider-Man #2, the shocking development used is that all-new Spider-Man Miles Morales discovers he can stick to walls. 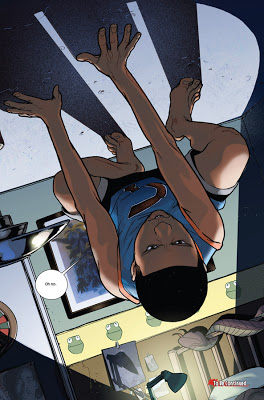 Lots of us enjoy the discovery of whatever Miles’ spider powers are being played out. Is the shocking revelation that the new Spider-Man can stick to walls enough to entice a new reader to come back?

Well, who knows? The art is nice.

Once more, with feeling. There is no one way, no “right” way to go about a continuing story. But, as with any commercial endeavor, there are goals. Goals give us a yardstick with which to measure the efficacy of the effort.

You can’t argue with empirical evidence. One may criticize the writing on Star Wars IV, or the butchery that took place in the cutting room, but they got the job done, didn’t they? The many strengths overcame the weaknesses, like Biggs Darklighter’s death having less meaning because the earlier scene of him with best friend Luke was cut. (NOTE:  I’m citing that from memory. It was 33 years ago that I read the screenplay. So feel free to correct me, SW-o-philes.

The comics biz at present is succeeding somewhat less well. It’s especially troubling because of that nagging feeling that we’re letting the ship go down without firing all our guns.

TOMORROW: The Art of the Tease 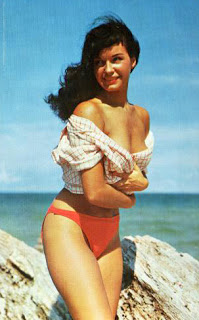 No, not that kind.

TOMORROW:  The Best Cliffhanger Ever and Baiting the Hook