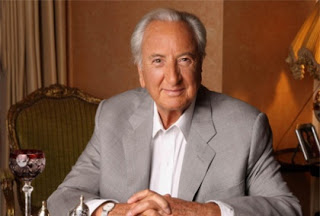 I think it was Joe Calamari who introduced me to Michael Winner. Winner had just acquired the rights to produce a Captain America movie.

Joe was Executive V.P. of Business Affairs and, among other things, oversaw Marvel’s efforts to get movies on the screen. He brought Winner to my office to meet me, since Joe had volunteered me to be Winner’s Marvel contact and creative consultant for the film. Okay.

For those of you unfamiliar with Michael Winner’s work, he produced and directed many films including I’ll Never Forget What’s’isname, The Mechanic, the Death Wish series and The Wicked Lady.

Winner and I met and talked a number of times about the Captain America project. He lived and worked in London, but came across the pond regularly. I went to London occasionally, too. Marvel had an office there, run by Managing Director Robert Sutherland, and once in a while, I’d go there at Robert’s behest, or at Marvel President Jim Galton’s behest to work with or coach the Marvel U.K. editorial staff or confer with Robert regarding some business matter. Generally, if I went anywhere in Europe, say the Bologna Book Fair or to visit our French licensees, I’d make it a point to stop at the London office along the way, just to maintain connections. Whenever I was in London or Winner was in New York, generally we’d get together.

The main thing I tried to impress upon Winner were the things I thought were of paramount importance—making it credible that a guy would dress up in a red, white and blue suit and do what Cap did. Getting the audience to accept that as a reasonable reality. Avoiding campy-ness.

Winner was, and probably still is quite a character. He is very smart, very sharp and very quick. He knows his craft. He’s pretty sure he’s da bomb. He’s clever and funny. He can be outrageous. In conversation, he often drifts into risqué territory and laces his remarks with lascivious comments. He’s a leading proponent of sex and a major fan of beautiful, sexy women. He’s rather foul-mouthed. That didn’t bother me. Do I swear? Hell, yeah.

I think Winner’s favorite word is “wanker.” That was how he referred to Bob Layton. Wanker. But there’s no special honor in that. To Winner, almost everyone was a wanker.

There is much to tell about my various encounters with Winner, including Layton’s uninvited presences. But that will have to wait till Thursday. Tomorrow is a special day.

So let me skip ahead to an event near the end of my involvement with Winner.

At the same time Winner was developing Captain America, he was working on Death Wish 3.

Sometime in October, 1985, Michael Winner breezed into my office at 387 Park Avenue South absolutely beaming. Seems he had just come from a Motion Picture Association of America Appeals Board meeting, where he’d been appealing the “X” rating for violence given to Death Wish 3.

Winner said it seemed to be a hopeless quest. Only once in its history had the Appeals Board overturned an “X” rating.

Winner had argued that Rambo: First Blood Part II, which got an “R,” had many more grisly deaths than Death Wish 3. I don’t remember the exact death tolls, but it seems to me that in one of the movies, 55 people died. That was either the Death Wish 3 total and the Rambo total was higher, or it was the Rambo total and Death wish 3 was lower. Whatever.

Per Winner, the Board Chairman said of the Rambo deaths, “Yes, but they were Vietnamese….” Caught himself. Stopped. Realized what he’d just said—more or less that lowly Asians don’t count. He didn’t use the word “gooks” but he might as well have. Racist idiot.

Suddenly understanding that his career was in jeopardy, the chairman saw to it that the rating for Death Wish 3 was lowered to an “R.” Winner, a winner indeed, was ecstatic. 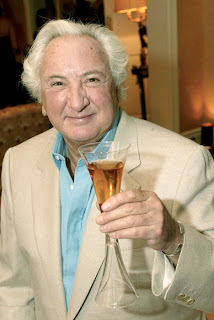 THURSDAY:  Winner! – Part 2: The House of Harryhausen, or a Day with Ray