They had a number of requirements—a holiday theme, of course, some activity pages for the kiddies…. They insisted that we use all of our characters, even those that were still in the development stage and hadn’t yet seen the light of day.

And of course, they came to us at the last minute, so it was a dead sprint all the way to get the book done. A few things suffered, mostly the coloring.

The art, editorial, art production and printing costs totaled a little over $30,000. Each book, therefore, cost nearly $30 to produce.

Miracle on Broadway was printed digitally on heavy, bright white stock with a card stock cover.

Copies were packed in a gift box along with a box of crayons, I believe, and some other gift items provided by BV. We comics people packed the gift boxes. It takes a while to carefully pack up almost 1,100 gifts.

BV permitted us to have a very small number of copies, so that each of the principal creators could have one. Being the Big Cheese, I got several.

I gave one to my mother for Christmas. 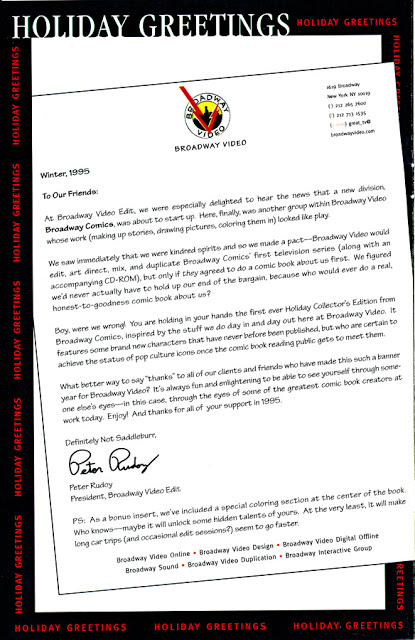 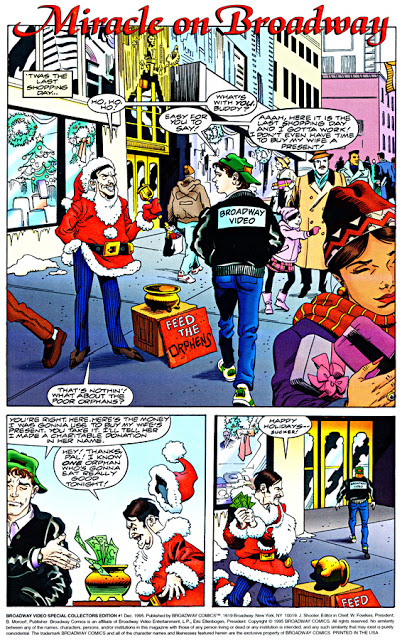 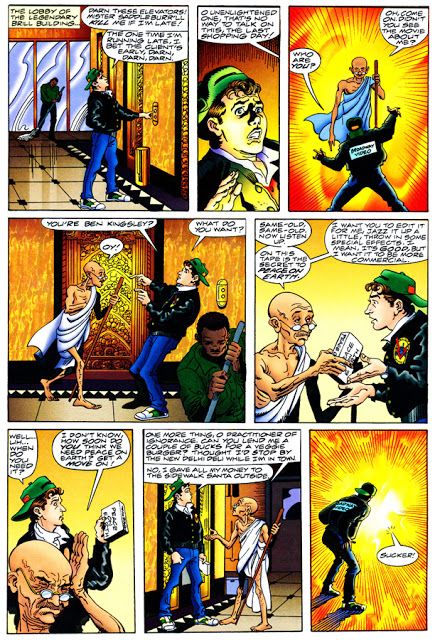 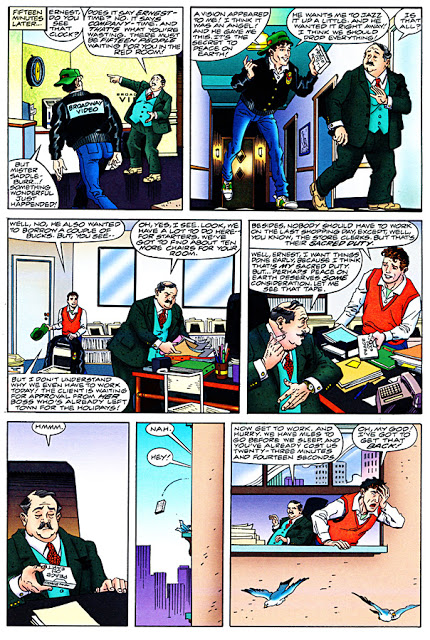 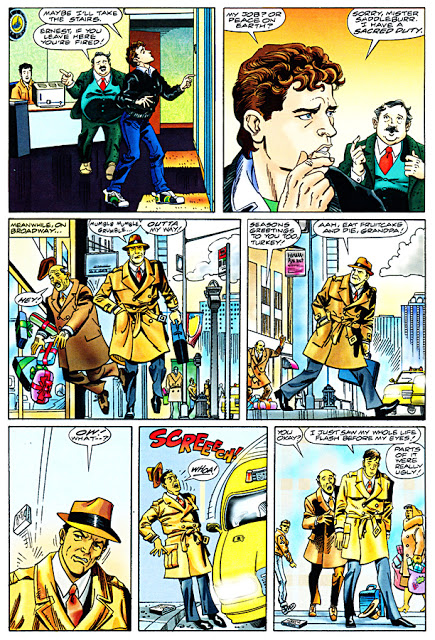 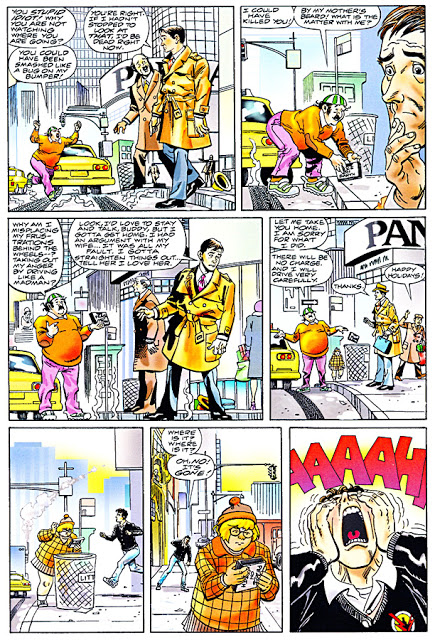 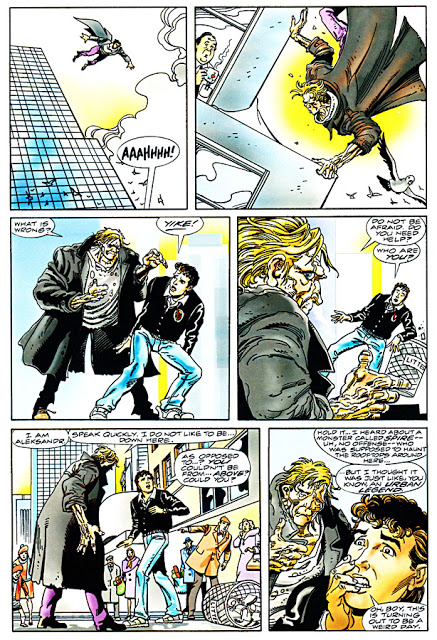 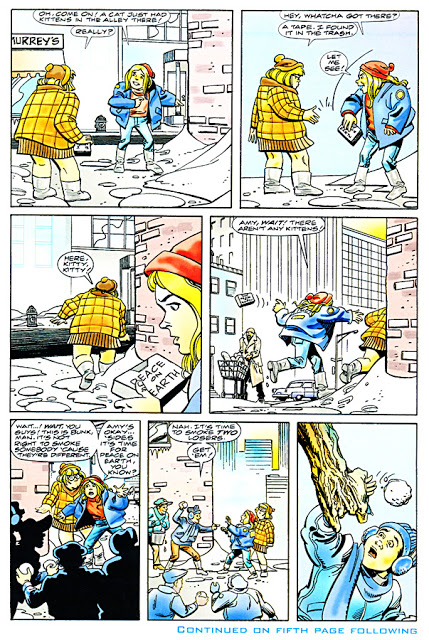 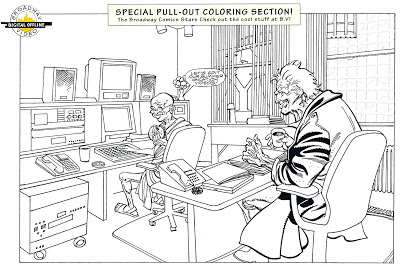 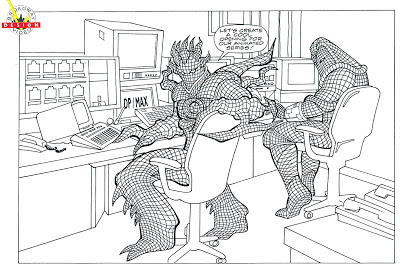 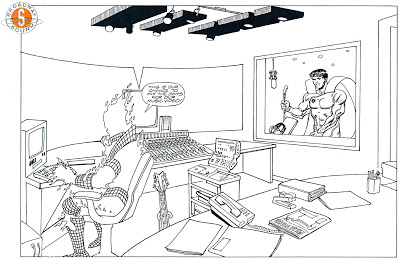 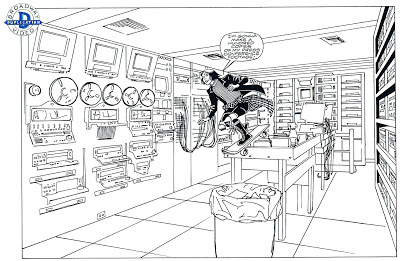 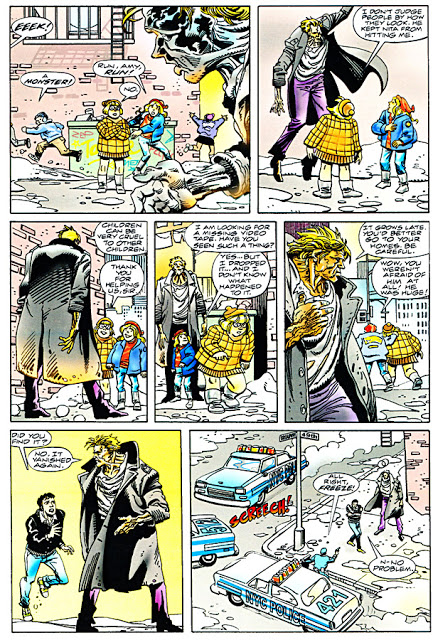 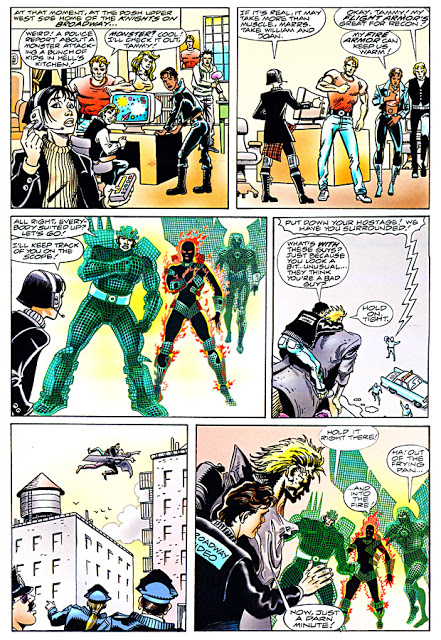 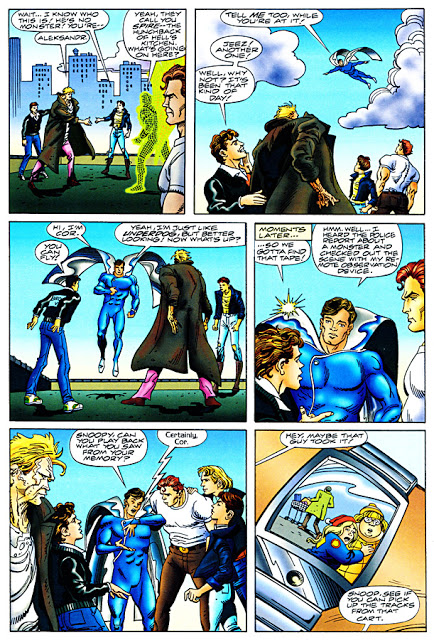 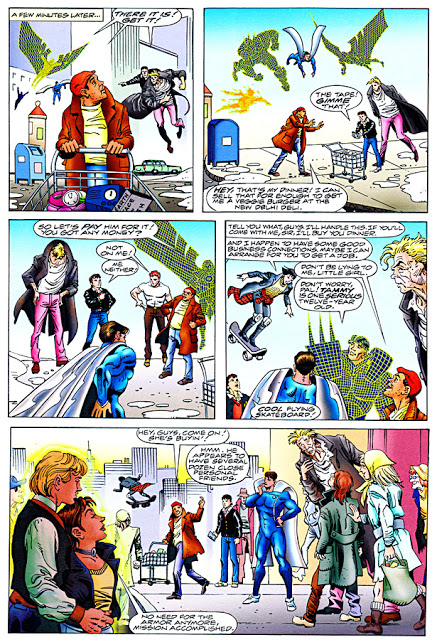 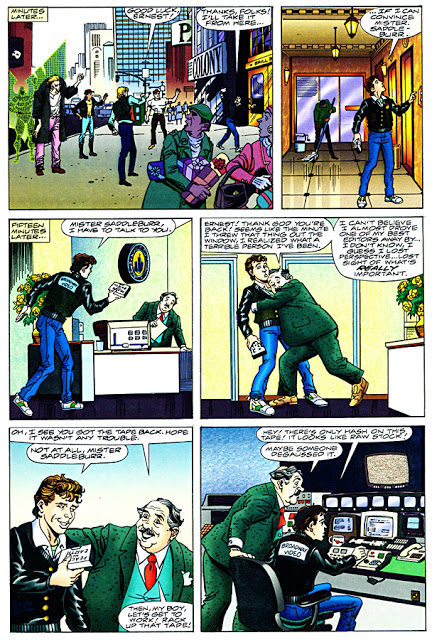 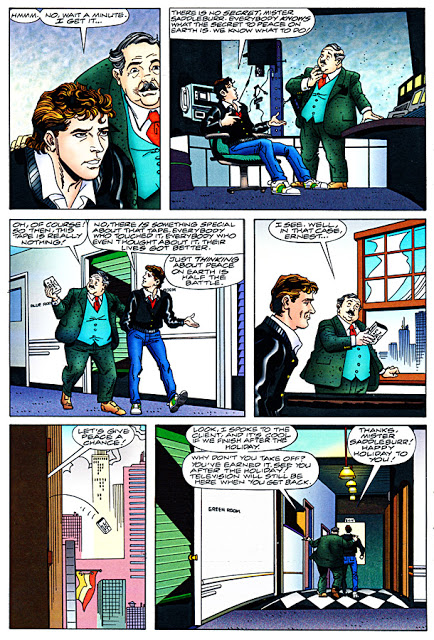 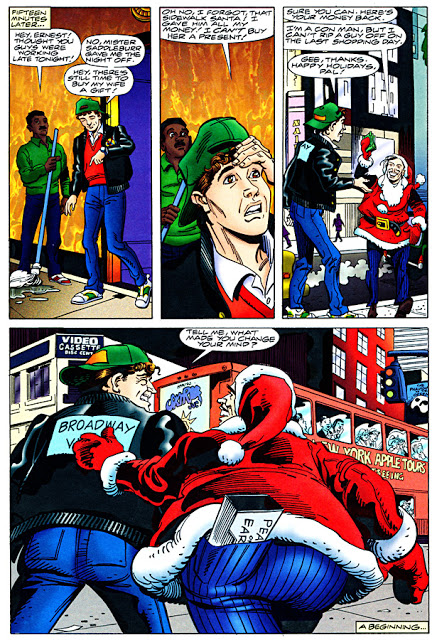 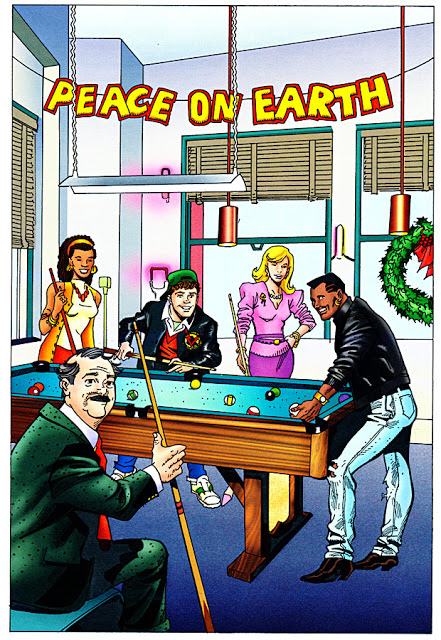 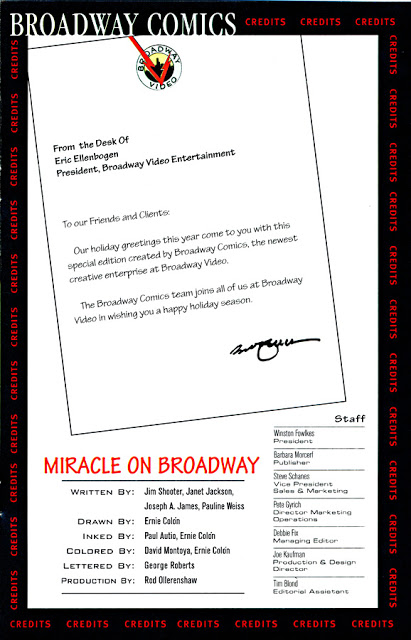 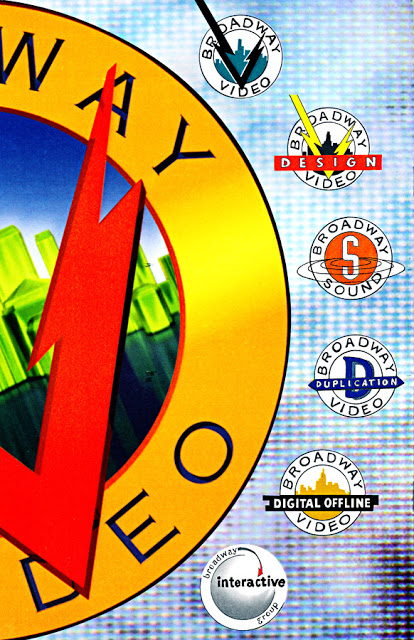 BV paid us for our work, but we gave them the friends and family discount, so we didn’t make much. It was the first and only custom comic book Broadway Comics ever produced.

Sometime around the beginning of 2003, a man named Joe Lauria called me to ask if I’d be interested in working with him on a custom comics project for the State Department.

Joe is a lawyer and businessman. Among the things he’s done are business roll-ups, for instance, taking a bunch of small tugboat companies and making them into one big tugboat company. Benefitting from economies of scale, the whole was much more valuable than the sum of the parts.

Here’s one of the issues. 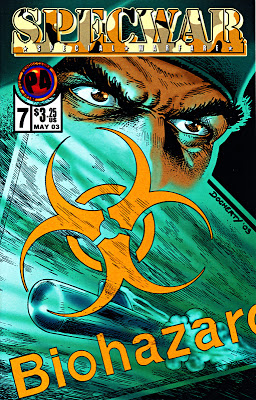 Joe looked into the possibility of doing a roll-up of small comic book companies, but there didn’t seem to be much advantage to be gained. In fact, the sorry state of the industry discouraged him from any involvement. The difficulty of keeping SPECWAR going was a testament to that. Eventually, publication had to be suspended.

However, Joe thought there might be an opportunity in the custom comics area. Custom comics seemed to be a reasonably active business. The turn up inserted in the newspaper, in the doctor’s office, and you see comics format ads frequently.

The Bush Administration appointed advertising and media expert Charlotte Beers as Under Secretary for Public Diplomacy and Public Affairs. Part of her brief was to upgrade the State Department’s PR effort. Improve the United States’ image in the world. That’s oversimplifying things, yes, but you get the drift.

One thing Beers attempted was getting Hollywood on board. She wanted filmmakers to make an effort to portray the United States more positively.

Joe wrote to the State Department. Soon thereafter, he got a call from Karl Rove’s office. The administration was interested. Joe was invited to meet with Beers’ number two, Peggy England.

Joe thought he ought to have someone who’d been in the industry a while on his side of the table at that meeting. He asked around and several people suggested me.

The idea was to do sort of “Voice of America”-type comics. Joe called the project “Reflections of America.” His plan was to concentrate on Arab and Muslim markets in the Mideast and around the world.

I did a lot of research. My Egyptian friend George called his relatives back in Cairo and they sent me two shopping bags full of comics and kids’ books from all over the Mideast! I read books on Arab and Muslim culture. 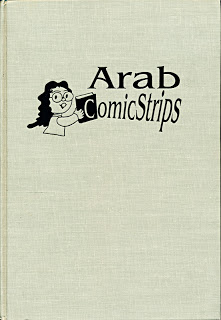 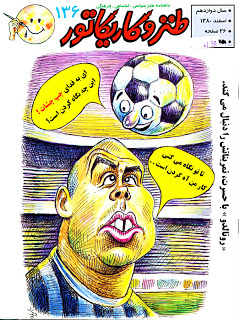 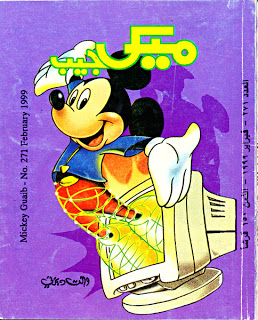 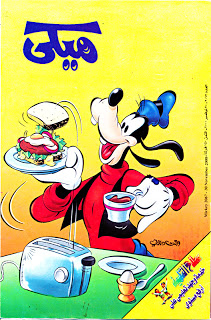 When time came for the meeting, I was loaded for bear.

I proposed that we create comics and storybooks with all Arab and Muslim characters, themes, settings. They would be entertainment first. No preaching. Very subtle positive values messages, tolerance and the like. Often no message at all, just a great story. Above all, no suggestion ever that any proselytizing about America was going on. The words “Reflections of America” could certainly never be used anywhere.

And, by the way, no super heroes. If you have a super hero character, the very first thing an Arab or Muslim reader asks is why isn’t he or she liberating Palestine?

Peggy England loved the pitch. She said they, the State Department, had a “pot” of money. It would have to be done as a commercial venture, that is, not directly under State Department control, but they could fund us to the tune of millions of dollars and put us in business.

The next step was creating the business plan and developing properties.

I developed five of them. I consulted at length with State Department Mideast experts while doing so.

Then the Second Gulf War started and we got back-burnered. So far back, we eventually fell off of the stove.

But, heartened by our brush with success, Joe started Illustrated Media Group LLC to explore custom comics opportunities. I work freelance for IM, but I’m the go-to guy.

Illustrated Media has done a number of small jobs and a few big ones, a few more brushes with success and a lot of hard work pay-the-bills stuff. Our biggest gig was with Dark Horse. IM packaged the writing for the Gold Key/Dell Dark Horse books. There were two writers, myself and J.C. Vaughn involved, and we planned to bring in a third, Ms. Janet Claire Jackson, better known around here as JayJay the Blog Elf. She was going to write Spektor, a new take on the old Doctor Spektor series.

But, sadly, the market was just too weak. When Dark Horse boss Mike Richardson reluctantly (he said) cancelled the line, the best-selling book in the industry that month sold only 75,000 or so copies.

Here’s another big project we did: 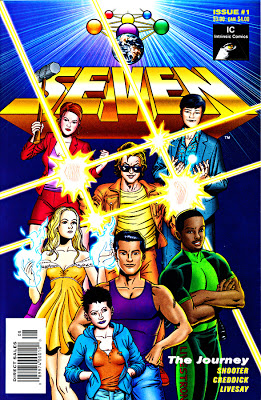 I’ll tell you about it next post. And show you the insides. And make the plot and some back-story available for download.