Once, I was asked to serve as a freelance art director. Grey Advertising in New York shared the U.S. Steel account with Lando-Bishopric. They were doing a project for the “U.S. Steel: We’re Involved” campaign, for which L-B had primary responsibility. I was hired to represent L-B at a creative meeting at Grey’s offices, to coordinate what Grey was doing with what L-B was doing, offer input and provide art direction.

So, I flew to New York as I so often did when I was working for DC Comics and made my way to Grey. Their offices, as I recall, were on Lexington, near Grand Central Terminal. In the Graybar building, I think. I could be wrong.

Anyway, I spent a day working with the Grey people. It was fun. If any of them wondered why a kid right out of high school was Lando-Bishopric’s sole representative, no one let on. They treated me as if I were for real, and cheerfully accepted my contributions. I think I did okay.

I stayed that night in the hotel I used to use on trips to New York when DC wasn’t picking up the tab. It was an older hotel, nice enough, but not as expensive as the snazzy, newer places. It was on Eighth Avenue in the Times Square area. I think it was eventually refurbished and became the Milford Plaza. Not sure. I flew home the next morning.

Here’s the funny part. A few days later, I turned in my invoice and my expense report to the V.P./creative director. As he looked over my expense report, line by line, he got increasingly upset! He said, words to the effect, “Are you crazy?! This is ridiculous!”

I’d flown student standby. Round trip airfare, $28.50 (regular coach fare was more than $100). I took the bus into the city from Newark Airport and back, 55 cents each way. The hotel was around $20. The meals I’d paid for totaled around $10.

No way, he said, could he submit an expense report like that. What, did I want to ruin travel and entertainment for everyone? What if the client says, hey, this is great! From now on no more fancy hotels and chauffeured cars! We want all of you agency people to be as frugal as this guy!

He tore up my expense report and added a few hours to my invoice instead. (Oh, by the way, that didn’t cost the agency anything—they billed my time to the client at triple the fat hourly rate they were paying me.)

The V.P. said he’d tell the client that I’d had other business for the agency in New York and, therefore, Lando-Bishopric picked up my expenses. And he warned me that, if I ever traveled on business for L-B again, I’d damn well better fly first or business class, take a black car or at least a cab, stay in a nice place and eat very well.

I guess that’s why advertising is so expensive.

Marvel did this custom comic book for the National Committee for the Prevention of Child Abuse: 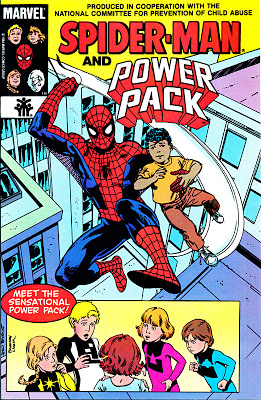 Marvel donated its services. That was rare. Also a little out of character for the greedy suits upstairs, I thought. Could it be that they were inspired to do something selfless?

Marvel ate the costs and got nothing for the book domestically, but the suits planned to sell the bejeezus out of the book rights for publication in foreign markets, starting with Europe.

Marvel held a meeting of its European publishing licensees at the Frankfurt Book Fair to pitch the book. I wasn’t in attendance, but I got a full report from Dominique Boniface. Dom was a director of international licensing for Marvel and handled most of our European business. Great guy. Good friend. I believe he faithfully reported the gist of the meeting.

The reaction from the European publishers was “ho–hum. What else do you have?”

Galton couldn’t believe that no one was interested. He was sure Marvel was going to make a killing on the book.

According to Dom, dumbfounded Galton asked, words to the effect, “Don’t you have a child abuse problem here (in Europe)?”

One publisher, I won’t say which one or which country, said, “Over here we call it ‘sex education.’”

That was a long time ago. I don’t know how much attitudes may have changed. But, initially, Marvel had no takers in Europe for the Spider-Man and Power Pack anti-child abuse book.

Dom, by the way, was one of the few Marvel licensing/business people I respected. There were a few good ones.

Last I heard, Dom was living back in his native Paris, doing what these days, I don’t know, but whatever it is, I’ll bet he does it well. He’s an amazing photographer, by the way. I believe he still does photography for Arts et Lettres Verso. 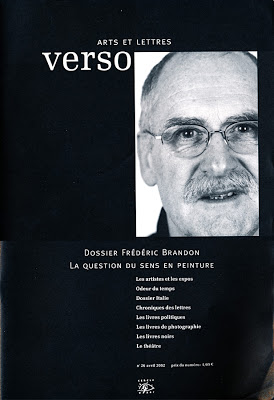 The bomb threat Marvel received after publishing an issue of Web of Spider-Man set in Northern Ireland was just the first wave of fallout. There was no bomb, as it turned out, but the building had to be evacuated. All that was lost was work time and peace of mind.

The second wave of fallout was outrage against Marvel in some of the many Irish publications on the newsstands, seen all over New York, and I assume elsewhere around the country.

The Irish Echo sent a reporter, an Irish (of course) woman, to interview me, basically to find out why Marvel had chosen to take sides regarding the troubles in Northern Ireland.

PR Director Pam Rutt set up a lunch with the reporter. Pam sorted through our staff until she found someone Irish-looking enough, an assistant editor named Rosemary…McCormick, I think, a smart, charming, red-haired young woman. She didn’t have anything to do with the book, Pam just wanted to have her come along, as evidence that Marvel employed some Irish people, I suppose. Pam made us a reservation at Caliban’s, a restaurant in the neighborhood, on Third Avenue, I believe.

Caliban’s. I wouldn’t have done that. Caliban’s was sort of a very upscale Irish pub. Why an Irish place, full of Irish people if you plan to talk about an Irish tinderbox topic?

Anyway, the four of us had lunch. The reporter made a few notes, but mostly seemed content with our repeated denials that Marvel meant to take sides. We weren’t aware that we had made any intimation that could be taken that way until the bomb threat.

As the lunch ended, Pam asked the reporter if she had any copies of her paper with her. The reporter reached into her large bag and pulled out several copies of the Irish Echo.

Whereupon, our waitress, a tall, robust red-haired young woman strode up to our table and belligerently demanded to know what the hell we were doing with copies of the despicable Irish Echo.

The waitress and reporter quickly launched into a shouting match. The waitress tried to grab the offending papers. The reporter got up spitting fire. The waitress clenched her fists. Each of them was eager to pound the other.

So, I jumped up, glad to be scary big for once. I stepped between the would-be combatants, pointed a finger at the reporter and roared, “YOU SIT DOWN!” She almost fell back into her seat, freaked out by the giant, looming ogre. I turned to the waitress. “YOU GO AWAY!”

She backed off, then turned and scurried into the kitchen. To get a knife, maybe? I don’t know. By then, we’d attracted enough attention so the manager took over peacekeeping duties.

I paid the check. The Irish Echo reporter packed up her bag and we got ready to leave—rather hastily. I was still worried about a knife attack.

I said to the reporter, “You know, now I think I’m beginning to understand….”

P.S. At this point, I don’t remember which sides the Irish Echo reporter and waitress were on. What I remember is that they were really intense about it.

NEXT: SEVEN, the Kabbalah Kustom Komic