Category: 09 Reminiscences and Tributes Page 1 of 5

Back when Jack Kirby was doing the monster books in the 1950s. I thought they were great. I’d see these books, and the Kirby ones stood out. I’d never seen comics like that before. It made an impression on me. Jack’s, and Steve Ditko’s stuff, just made a tremendous impression.

Jack’s work had become somewhat unpopular when I started at Marvel in the mid 70’s. On the one hand, Jack was revered by a lot of the Marvel people; Len and Marv would just marvel at the pages. Basically, the fan in everyone who was old enough to have read FF #1 had this awe of his work and loved it. On the other hand, there was a lot of stuff that just wasn’t quite right about it, and it wasn’t selling. It was a disaster; we had single-digit sales figures for Captain America, and at that time the Marvel line average was up near 50%. Jack’s popularity had declined to amazingly low levels in terms of the new generation of comic book readers. Newsstand readers had a lot of turnover, and new readers coming in weren’t buying it.

END_OF_DOCUMENT_TOKEN_TO_BE_REPLACED

All this talk about Jack Kirby recently has brought to mind so many of my experiences with him, every one of which was pleasant and positive. I edited the four books a month he wrote for Marvel for the last year and a half he worked there (with some help from assistants sometimes). The pages all smelled like cigar smoke. He wrote the dialogue and captions right on the penciled pages, sort of rough-lettering the book. He used exclamation points in bunches, sometimes a dozen at a time at the end of a sentence!!!!!!!!!!!  He misspelled some things — like everybody else — and occasionally misused a word. He used tons of bold words. He’d slightly over-estimate the size of the balloons, which meant that the inker sometimes had to extend backgrounds around the balloons, but it was insignificant, never a problem.

After I read each issue, I would call Jack and go over the corrections I proposed to make, mostly punctuation, spelling, grammar and such. I never messed with his intent, though a few (very few) times I caught a significant mistake and proposed a solution. I was as respectful and deferential as could be, as everyone should be when dealing with a King. Jack was the easiest-to-deal-with creator I ever worked with. He seemed to sincerely appreciate my help. He thanked me. He complimented me on my “catches.” Technically, by contract, he was the Editor of his own books. He could have refused any of my suggestions, but he never did.

END_OF_DOCUMENT_TOKEN_TO_BE_REPLACED

I didn’t know Jack Abel very well during my first few years at Marvel, which were also my first few years in New York, my first time in close proximity to the majority of comics professionals. I saw Jack once in a while when I was visiting Continuity — Neal Adams’ studio. Neal rented office space to a number of artists.  I guess I also ran into Jack occasionally when he was delivering a job to Marvel. Jack had inked several of my Legion stories back when. So, I knew of him, and knew him a little.

A few of us at Marvel went to visit Jack in the hospital in Queens. Roger Stern was with me, maybe one or two others, I forget. We tiptoed into Jack’s room, all unsure of what to say. Jack was almost unaware of us.  He kept staring at his inert right hand, trying to move his arm and his hand without result.  We muttered the usual platitudes and stood there stupidly. And ignored.

Then, Howard Chaykin came breezing in. Howard had been one of Jack’s roommates at Continuity.

Howard’s opening line was words to the effect, “You were a lousy inker anyway, so no great loss.” Then he proceeded to insult Jack’s talents, his ancestry, his looks, his wife, his kids…..

Jack looked up. At Howard. And fired back. And they had a raucous insult-fest.

It brought Jack back to life.

Thank you, Howard. You knew what to do and you did it, while we dimwits stood around helplessly.

While Jack was in the hospital in Queens, Paul called me to ask if Jack had insurance through Marvel. Yes, but it was the standard major medical coverage, which only paid 80%. Paul said Jack had been enrolled in Blue Cross/Blue Shield through DC (Jack worked at both places), but he had let his coverage lapse. He hadn’t made a payment for six months. What are we going to do?

Neither Paul nor I made a fortune in those days, but Paul said that if I’d split the past due payment with him, he could fudge the paperwork and get Jack seamlessly back on BC/BS. Cool.

So we executed his brilliant, benignly wicked scam and Jack was covered. Between Marvel’s coverage and DC’s, he didn’t have to come up with a nickel. Insurance paid for everything.

END_OF_DOCUMENT_TOKEN_TO_BE_REPLACED

I thought these might be of interest.  Each of the last two years, I was asked to write intros for all-time greats who were being inducted into the Overstreet Hall of Fame.  It was an honor.

Ask the average fan to name the greatest creators in the history of comics and the name Archie Goodwin will not leap to the minds of many, because so much of Archie’s brilliant work was behind the scenes or flew under the mainstream radar. But ask the creators with whom he worked! Ask other all-time great writers, artists, editors and creators! Gather the elders, the best of the best and ask them! His name will be among the first mentioned. Archie Goodwin was an amazing writer with outstanding story sense, penetrating insight, a gift for dialogue, an effortless knack for character, a flair for drama and utter mastery of the art of delivering the payoff. His sheer creativity ranks with the best ever. He was an all-time great editor and teacher. He made everyone he worked with better. On top of that, Archie Goodwin was a fine, wonderful, noble and honorable soul, loved and respected by everyone because he deserved it. This industry may never see his like again. How sad. He is desperately missed.

END_OF_DOCUMENT_TOKEN_TO_BE_REPLACED 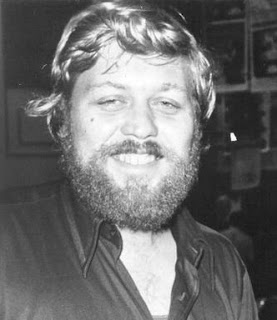 END_OF_DOCUMENT_TOKEN_TO_BE_REPLACED

Memorial Day put me in a “Tributes” mood.  Here’s another one I came across today, written in 2007, my thoughts on why Jack Kirby was “King.”

Jack Kirby was crowned King by Stan Lee when Stan gave Jack the Marvel nickname “King.”  Did Jack deserve the coronation?  Certainly.  His creative record is not only unmatched in the comics field, but possibly, idea for idea, unmatched by anyone in any field.  Ever.  At his peak, in the early to mid 1960’s, Jack was the absolute master of comics storytelling, and had evolved a powerful, wonderful, exciting, magical style that blended just enough solid drawing with just enough abstraction and just enough exaggeration.  He changed everything.  He influenced countless creators.  He awed and entertained millions of readers.  His work moved people.  King, indeed.