One afternoon toward the end of April, 1980, I got a call from Marvel President Jim Galton. He said that Roy Thomas had asked for a meeting with him to discuss renewing his contract with Marvel.

Roy had written a letter dated April 10 (I have the original) to Galton informing him that he had not been able to work out a new contract with me and that he was leaving Marvel. That prompted the call I got from Galton immediately thereafter. He said, among other things, that he thought I’d told him Roy and I had worked out a deal. What happened? What went wrong? How could I lose Roy?

Do you know how important to Marvel Roy must have been for Galton to even know who he was? Galton, the same man who once asked me who Gene Colan was. Galton, who didn’t know who John Byrne was. Or John Buscema. Or anyone else, except Chris Claremont, who had an uncanny (←heh) knack for running into Galton on the elevator and introduced himself.

But Galton knew Roy, the man who had gotten us the Star Wars license among many other things.

END_OF_DOCUMENT_TOKEN_TO_BE_REPLACED 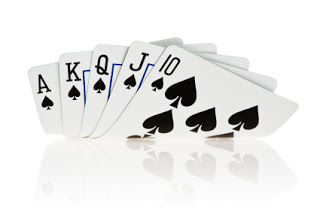 END_OF_DOCUMENT_TOKEN_TO_BE_REPLACED

The Mad Ave offices weren’t great. They were cramped and dingy and not well-suited to our purposes. And quickly becoming too small. We were growing fast.

The new offices were custom designed for us. Or, rather, for what the architect thought we were. I forget the guy’s name. I remember that he was completely bald, that’s about it. Anyway, he had his “vision” of what comic book publishing offices ought to be that was based on, I don’t know, maybe the offices of the Harvard Law Review. I was given a few opportunities to raise objections and make suggestions, and I headed off a few calamities, but when we moved in, there were still some problems and issues. Things that had to change.

END_OF_DOCUMENT_TOKEN_TO_BE_REPLACED

I was a judge for the costume contest. Judges sat in a marked-off section of the front row. I arrived early. I’m almost always early for everything.

As the audience was streaming into the auditorium, a little girl came wandering down the aisle. I’m not good at guessing kids’ ages, but she couldn’t have been more than seven. All the seats near the front were already filled except for two judges’ seats next to me.

The little girl asked me if she could sit in one of the seats. I said that those seats belonged to two other judges who would probably show up soon, but she could sit there until they did.

I asked her name, which I forget, sorry, and where her parents were. She said her parents couldn’t come because they had to take care of their table in the dealers’ room until the room was locked up. But she wanted to see the costumes.

I asked if they knew where she was. No.

END_OF_DOCUMENT_TOKEN_TO_BE_REPLACED

While I was associate editor of Marvel, during 1976, I think, Marvel was rife with little fiefdoms in conflict. Vicious backbiting. Daily rants and rages. Petty office politics. Favoritism. Cronyism. Vendettas and vengeances.

It was almost as bad as the average middle-America amateur theater group.

The two major factions were the Roy Thomas camp and the Len Wein/Marv Wolfman camp.

Len and Marv were close friends and allies. So much so, they might as well have been joined at the hip. People around the office sometimes referred to them as LenMarv, as if they were a single entity. Generally when they were not in earshot. Sometimes when they were. They actually didn’t seem to mind so much, depending upon who was calling them that.

Len and Marv had taken turns being Editor in Chief. Marv was at the helm in early 1976.

Though it had been years since Roy had been Editor in Chief, he still had a great deal of clout. He still had Stan’s ear, for instance, and some cred upstairs. It was not a good idea to offend Roy, and a good thing to be in his good graces.

END_OF_DOCUMENT_TOKEN_TO_BE_REPLACED

It was Stan’s fault.

Once upon a time, while I was associate editor at Marvel, a bunch of us were hanging around the office after work.  This often happened during that brain-dead hour or so when the words you were trying to edit started swimming around on the pages.

Often, DC guys showed up to hang out with us.  Staff and freelancers weren’t allowed to hang out at DC’s offices after work.

Mostly, it was just guys hanging out.  Occasionally, a woman or two joined the slug-fest (in the sense of a festival of slugs).  There weren’t that many women in the biz then.  Fewer than now.  Weezie was among us sometimes…maybe Mary Jo, once in a while…Glynis…not many.

For some reason, besides talking comics, arm wrestling had become a popular goofing off/horsing around activity.  I remember that few men could beat Glynis.  Petite (relative to me, anyway), sweet, gentle Glynis!  Who’d have thought?  She’d win or draw, usually.

END_OF_DOCUMENT_TOKEN_TO_BE_REPLACED


Len Wein Teaches Me a Lesson (and, oh, by the way, Roger Stern, too)

Roger Stern started working at Marvel in December of 1975, two weeks before I did on the first working day of January 1976.

Rog came from Indiana.  He had previously published or co-published a slick fanzine called CPL (Contemporary Pictoral Literature, I think.) that had been devoted to Charlton Comics.  He had been hired as an assistant editor.  Among his first duties, I think, was editing letter columns.

(NOTE:  Letter columns were commonly put together by the writers of the individual books, who would sort through the fan mail, select letters to be printed and write the answers or comments.  A few lettercols were written by someone other than the book’s writer.  If that person couldn’t or didn’t want to do his or her own letter column, a staffer or other freelancer would do it.  For instance, lettercols for the Kirby books were done by someone other than Jack.  Writing a lettercol in those days paid $25, I think.)

I had been hired as associate editor.  Rog and I both sat in the big editorial room outside the Editor in Chief’s office, which took up a corner of that room.  We were the two new guys.  We became friends, and remain friends…at least until he reads this.

END_OF_DOCUMENT_TOKEN_TO_BE_REPLACED

On Friday, I found out that Gene Colan had passed away.

Gene was a great artist and a fine man.  He will ever remain an honored and revered giant of our industry.  I had the privilege once of visiting his home and seeing some of the non-comics art and illustrations he created hanging here and there.  Beautiful.  Masterful.  Breathtaking.  Our little business is far poorer for his absence and the wide world has lost far more than it will ever know.

Please stop by again later today for another post.  The Origin series will continue tomorrow. 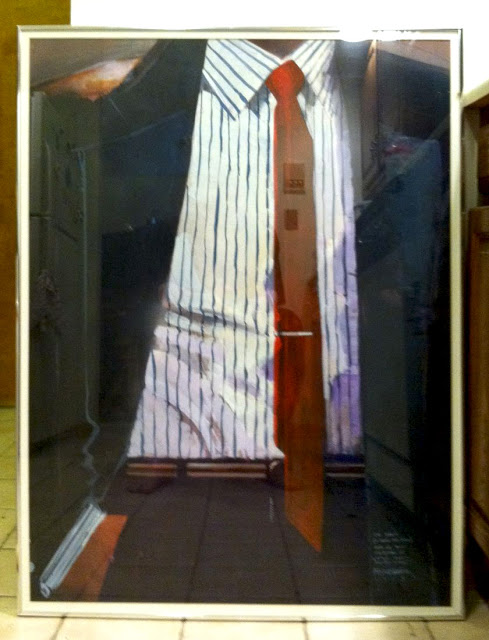 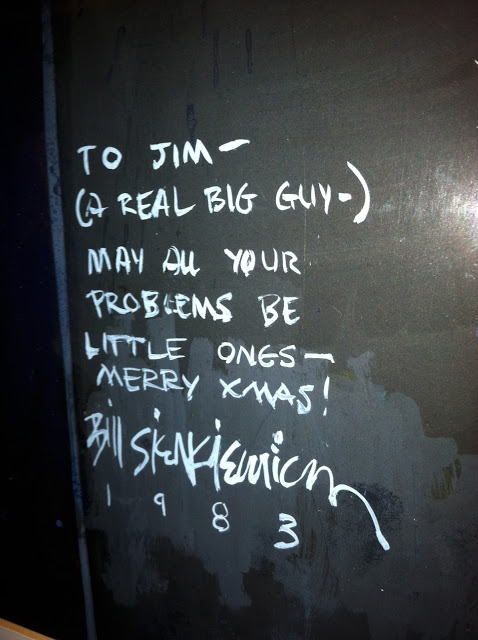