Storytelling Lecture, Artwork – The Power and Perils of Reference

In my scripts, I always provide a lot of reference for the artist, or links to places he can get reference online. I think it’s important to use reference. Sometimes, it’s just so the artist understands what I’m asking for, a certain angle, expression or gesture. For instance in Magnus Robot Fighter #1, I provided this photo as reference for a gesture and expression I wanted for Leeja…

…because it was easier to find a picture than to explain it. 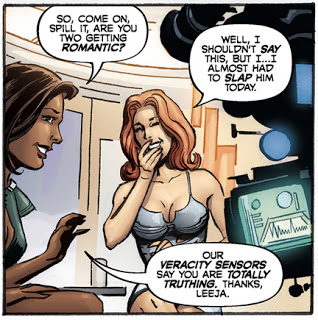 Mostly though, the reference is because I want something specific, so they get whatever I’m calling for right. For instance, a certain kind of car or a real location, like the Wallkill River Bridge: 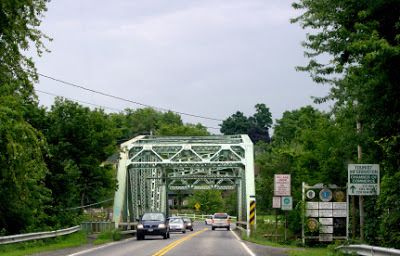 I actually provided a number of shots of that bridge from different angles.

But, beyond those sorts of specifics, I recommend that you find reference on anything you don’t know how to draw. Once you use reference for something a couple of times, you’ll learn how it looks and you won’t need to look it up any more. Don’t fake it! If a script calls for carousel, and there doesn’t happen to be one handy, find pictures of carousels, find out what you need to know and draw a convincing carousel.

Once again, I want to point out that this is not about style, not about photo-realism. It’s about using your eyes, learning to draw and developing whatever your style is on a firm foundation.  I don’t know whether Russ Heath or Carl Barks ever drew a carousel, but if they did, Russ’s would look right and real and Barks’ would look proportionally correct and proper within the context of his style—because, I guarantee you, he knew or would have found out what he needed to know about carousels. Get the info. Do it right.

A word about swiping. Don’t do it. Swiping, in case you don’t know, is tracing someone else’s work. It is a not-uncommon practice in the comic book business, but I think it stinks.  It’s good to look at Ditko Spider-Man figures to get a sense of how Spider-Man moves, but don’t rip him off. There are some guys, even well-known guys, who shamelessly swipe. I’d give you a few examples, but you probably already have noticed that, “hey, this guy crawling up out of the water looks just like a character Neal Adams drew crawling up out of the water.”  Etc.  Neal Adams’ work is swiped relentlessly. Ask him.

And now, the down side of reference. The old saw goes, “Use reference but don’t let it use you.” If you use reference too literally, especially for figures, it can make your work stiff and posed. For example, once, an artist, Fred, experimented with using friends, fellow creators, as models, having them act out a sci-fi fight scene. Archie Goodwin’s comment was:  “It looks like Joe and Susan shooting each other with blow dryers.” The names, except Archie’s, have been changed to protect the innocent.