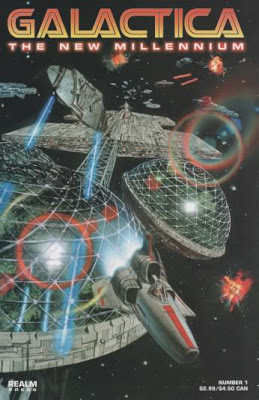 As much as we loved the painted look, we didn’t like the delays and we knew the readers didn’t either. We were all fans of Walter Simonson’s issues of Battlestar Galactica that had been done at Marvel, too, so it was no big jump to decide that our second series would be done with traditional line art and that we’d also involve other creators.

So was born Galactica: The New Millennium #1.

The first creator I contacted was Jim Shooter.

JS was not working full time in comics at that point, but it had long been a dream of mine to work with him directly on something. Not only did he say yes right away, but he cut his rate tremendously just to help us out. The only real guideline I gave him was that we wanted to know what made Starbuck the way he was with relationships. The rest was up to him.

He shot back a question or two, and then he was off to the races.

While he was working on the script, I dropped him a line and told him how much I was looking forward to seeing the finished product. I even mentioned that he had rejected my first submission to Marvel when I was 13 to tell him that’s how long I’d wanted to work with him.

“This isn’t some elaborate ruse so you can reject my script, is it?” he joked back. If only I had thought of that!

The story was illustrated by Dan Parsons, a really good guy better known these days for his work on Star Wars at Dark Horse. Dan had knocked out a couple of amazing, highly rendered covers for us. You see flashes of that and the better art that would follow, though there’s a couple of clunky panels in there, too. That said, the finished version is still very enjoyable and something I look back on quite fondly.

The second story in the issue was by comics historian and journalist Scott Braden (his only published comic work, I think) and artist Michael Malbrough. The third tale was by Jim Kuhoric and artist Santiago (superbly colored by artist David Hillman), noteworthy because Santiago is none other than DEFIANT alumni Joe James. A further trivia note: top-selling YA novelist Barry Lyga wrote a brilliant story, “The Care and Feeding of Your Daggit,” that was intended for the ill-fated second issue of the series. Also illustrated by Dan Parsons (a home run this time), it was later published in another Realm Press BG issue, but the title escapes me.

I had intended to work with both Jim and JayJay on another Galactica project for Realm, but then reality set in shortly after the FedEx bill for all those last-minute, heavy, painted art boards came due…

If you’d like to check out what J.C.  is up to post Mighty Samson, visit his blog. 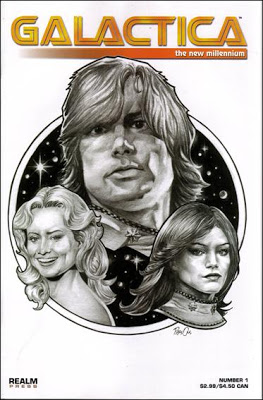 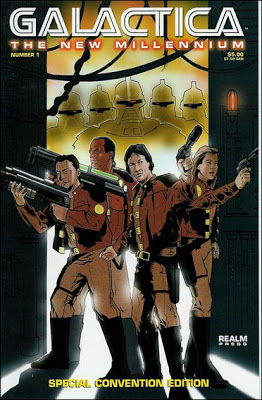