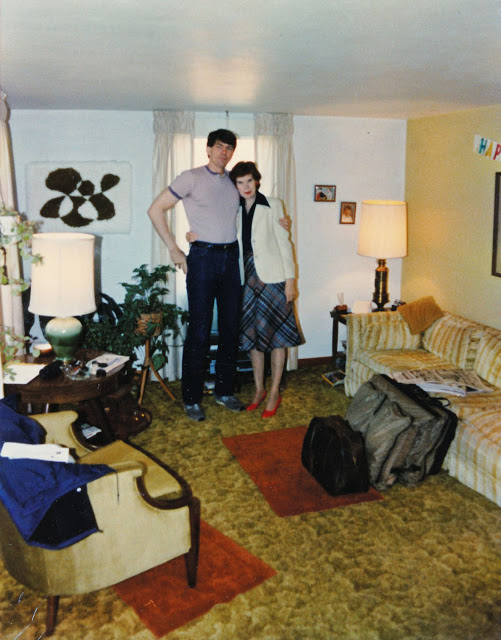 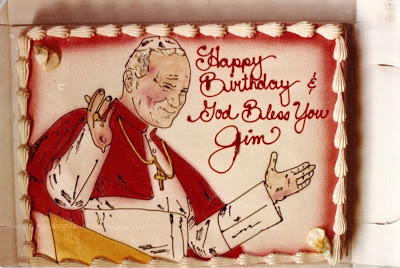 Someone at the local bakery was good at copying images onto cakes. This was my birthday cake from an earlier year. 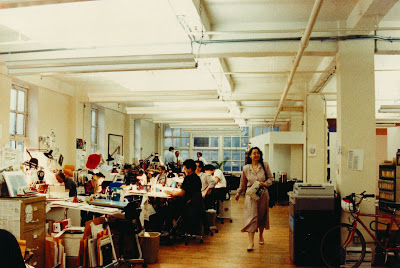 A “barn shot” of the VALIANT office on West 21st Street, 1990. That’s Debbie Fix walking toward the camera. At the art tables are (I think) Jade Moede, John Cebollero, someone who might be Joe Quesada and two mystery people. In the background I’m talking with our financial and production guys.

Matt Adler asked about a Spider-Man story that was apparently supposed to be written by Alan Zelenetz based on a movie treatment I wrote. This would have been after I left Marvel, and I had nothing to do with the proposed adaptation of my treatment. Here’s the original treatment. I think it was written for Cannon Films during the Golan Globus days. Nothing ever came of it.

I came across this recently and had it reframed at the Corner Frame Shop on South Franklin in Nyack, the best frame shop in this dimension.

Here’s how The ‘NAM

came to be, as I recall:

Larry Hama printed a Vietnam story in one of his titles. Savage Tales? I liked it. It gave me an idea.

I had a cover mocked up by production. Production boss Danny Crespi took a G.I. JOE cover, had someone fake up a logo and pasted it on. I think it said “NAM.” Maybe not. Maybe it said “VIET NAM.”

I showed it to Larry. He took it from there. All I did after that was applaud.

Michael Golden gave me the splash page. Anyway, here it is. The one-coat (paste-up cement) has yellowed the balloons, logo and title, but it’s magnificent anyway. 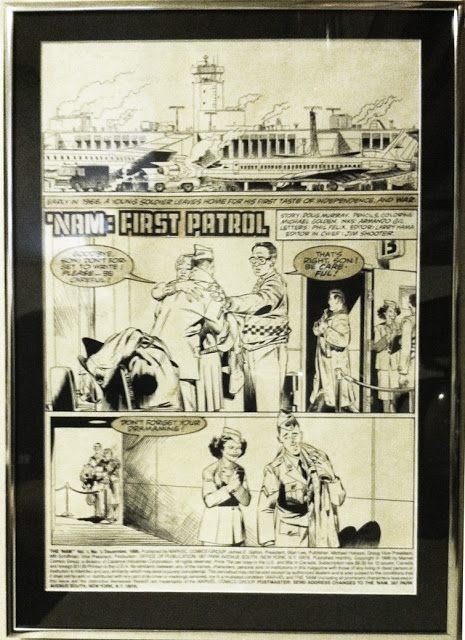 PS. While going through boxes from storage Jim found the original NAM mock up cover he referred to above. Here it is: 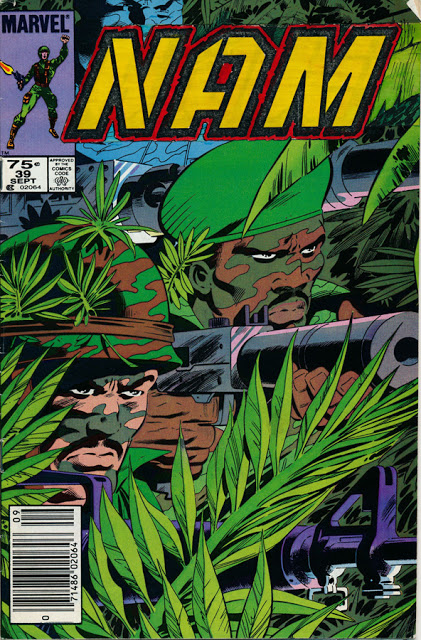