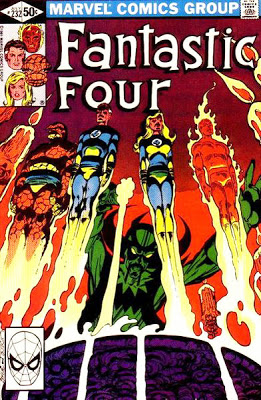 Near the end of 1980 or very early in 1981, Stan turned up at my office door as he did occasionally, usually when there was something bothering him. He closed the door—always a bad sign—and sat down in the guest chair. He had a letter in his hands.

He said it was a complaint about what a terrible Editor in Chief I was. The main crime alleged was that I was allowing an artist named John Byrne to ruin the Fantastic Four.

Though Byrne had been working for Marvel for a few years and I know Stan had seen a good bit of his art, Stan wasn’t involved enough in the comics at that point to remember who was who and who did what. Byrne, also, at that point, hadn’t quite achieved full-blown superstar status, or at least not to the point that Stan would know who he was.

Stan said that the complaint was that Byrne’s Fantastic Four were off-spec, un-Kirby-like, wrong and that my judgment about such things was—how to put this politely?—inadequate.

I knew the letter had to be from someone in the office, someone who had seen the original art or photocopies being shown around, because at that point, Byrne’s first Fantastic Four hadn’t seen print. It was only penciled, in fact. The reference to Kirby gave me a pretty fair idea of who wrote the letter. 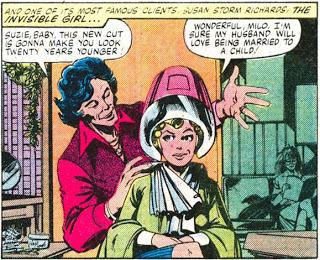 Stan said that he wasn’t really concerned. He knew I was doing the best I could with the artists who were available. He only wanted to bring up the complaints to me so he could tell the letter-writer that he had done so. That’s all.

I asked Stan if he wanted to see Byrne’s pencils. No, he didn’t. He started to get up to leave. I insisted. I had the pencils in my office, as it happened. I think Editor Jim Salicrup had brought them for me to look over, it being Byrne’s first issue and all.

Stan looked through the pages. He said, sincerely, words to the effect, these are terrific. He thought the characters looked great. He couldn’t understand why anyone would complain. And, once again, he told me what a wonderful job he thought I, “Marvel’s entire editor,” was doing.

As he left, Stan tore the letter in half and threw it away in my wastebasket!

As soon as he rounded the corner out of the editorial room and disappeared down the hall, I fished the letter out of the trash.

It was, as I suspected, from Paty. Paty Greer, or maybe by that time, Paty Cockrum. I’m not sure exactly when Dave and Paty got married.

I still have the letter, both halves, around here somewhere. It’s in one of the many remaining, unexplored boxes from my storage space. I wouldn’t post it even if I had it in hand, though I suspect Paty would cheerfully make it public any old time, if she had a copy. If I come across it, I may regale you with a few lines from it at some point.

Paty also posted a pretty vicious, vituperative denunciation of me on the window-wall of her office.

I figured that everyone is entitled to his or her opinion. Not likely that everyone is going to agree with my judgment or tastes. The insulting, public declaration posted in Marvel’s offices, however, I felt was over the top. I had it taken down.

Paty did art production work for Sol Brodsky in the “special projects” department I had created for Sol to run. I never interfered with Sol. But, I could have insisted that Sol fire her or fired her myself, but I let it go.

My opinion about characters being “on spec,” by the way, is fairly liberal. I make a fairly large allowance for different artists’ styles. Get the general look of the character correct. Get the important distinguishing features right. Captain America, for instance, is a handsome man who has a cleft chin. Walt Simonson’s Thor isn’t exactly like Jack Kirby’s, but the size and proportions are right, he’s god-like good-looking, god-like noble, and no one would mistake him for anyone else. John Romita’s Spider-Man was different than Steve Ditko’s, but both versions work for me. Todd McFarlane’s version tested the limits a bit, but fell within range I think. The eyes of the mask got a bit too big sometimes, but otherwise okay.

Paty’s opinion, as I understood it, was that only Jack Kirby’s, John Romita’s and, not surprisingly, Dave Cockrum’s versions of the Marvel characters were acceptable. I forget where she stood on John Buscema. I think he got mixed reviews.

I have occasionally wondered, what if I had thought that way? What if I had insisted on every artist adhering exactly to certain “acceptable” presentations of the characters? What if I’d been as strict about “on spec” as, say Disney or Warner Bros? Wow. As is, some people think I was a dictator….NEXT: Mean Old Marvel