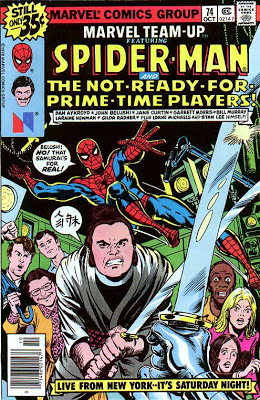 Sometime in early 1978, Chris Claremont proposed that Spider-Man meet the “Not Ready for Prime Time Players” in an issue of Marvel Team-Up.

For any of you who were born last week, the Not Ready For Prime Time Players are the cast members of Saturday Night Live. If you don’t know about SNL then ask mommy if you can stay up late one Saturday night or, better yet, check out the Saturday Night Live DVDs that contain classic material, like SNL The First Five Years or The Best of John Belushi.

SNL was the hipness barometer back in those days. If, on Monday morning, you weren’t guffawing about “Samurai Delicatessen” or “Weekend Update” around the coffee shrine you probably still wore white socks and put pennies in your loafers.

The editor of Team-Up, at that point, was Bob Hall. Bob was show biz oriented. As a matter of fact, a play he had co-written, The Passion of Dracula, was running at the Cherry Lane Theater down in the Village at the time.I had more than a few things on my mind right about then, so other than saying “Why not?” I had precious little to do with the project. Bob and Chris talked the SNL people and producer Lorne Michaels into it, somehow an agreement got done and signed and work began.

Bob and Chris did all the interfacing with SNL and made the thing happen. Bob, who is a very good penciler, drew the story. That made sense on a number of levels—he was already involved in the project, had done the research and, I believe, had even been to the set with Chris. And he had the show biz experience to know what he was looking at when he went backstage. Too hard to explain it all to somebody else.

Bob and Chris recruited the wonderful Marie Severin to ink and color the book. Marie is a great artist in general and amazing at likenesses. Her caricatures are legendary, of course.

Because Bob was drawing the book, and because it was an important, high-profile project in my opinion, I got more hands-on involved with the editing than usual. It wasn’t hard. Everyone involved did first-class work.

So, the book got done. I thought it came out pretty well.

Okay, everybody, it’s a wrap, good job. Strike the set….

The book went on sale in late July. As we found out eventually, it sold very well in those almost-entirely newsstand days.

One day, soon thereafter, the receptionist told me that John Belushi was on the line and wanted to speak with me.

Well, number one, I didn’t believe that it was really Belushi. Probably a gag.

Then, I had momentary wave of paranoia. What if it really was him and he didn’t like the book? What if he was angry? What if we screwed up somehow and he was going to sue us?

Nah. Turned out it was the real Belushi and he loooved the book! He was excited. He asked me if it would be possible for him to come up to the office and see us.

You betcha. No problem, John.

For a freelancer who worked at home, Chris seemed to always be in the office. Part of that was because he was a fussbudget who mother-henned to death everything he worked on. He wanted to see the inks, the lettering, the coloring, double-check and proofread everything. There should be more creators that conscientious. So, he may have been in the office already, or maybe we called him and told him to get down to 575 Mad Ave from Inwood where he lived quick like a Killer Bee. Whatever. Chris was there when Belushi showed up.

We gave Belushi the tour. He seemed more excited to meet us and see the offices of Marvel Comics than we were to meet him, if that’s possible. He said he was a huge Marvel Comics fan. In the big editorial room we had all the current covers hung up on one wall. Belushi told us the plot of each book represented on that wall to prove he’d read them!

Nearly everybody who wasn’t wearing white socks gathered in the editorial room to listen, laugh and hang out for a few minutes with Belushi. Chris, of course, was front and center. The brief conversation rambled between our work, his work and the Spider-Man/NRFPTP Team-Up.

Speaking about his difficulties writing the story, Chris said this: “John, you have no idea how hard it is to write comedy.”

Ask Chris. He’ll sheepishly own up to that. 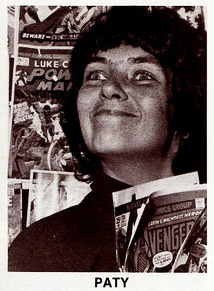 Then, suddenly Paty Greer came in with her hair pulled back, brandishing a T-square as if it were a katana, doing a “Samurai Paste-Up” routine of her own invention.

Belushi had to leave too soon, but before he did he invited those of us who had worked on the Team-Up story to the opening night party for Animal House, which was coming up in a few days.

On the evening of July 27, Chris, Bob and I made our way to the Village Gate, a big, legendary nightclub on the corner of Thompson and Bleecker. I think we were the only ones who went. Bob or Chris would know for sure. We told the door keepers that we were invited by Belushi. They hadn’t been told and we weren’t on the guest list. Somebody said they’d go find Belushi.

I think we stood there waiting for 45 minutes or so. Finally, as we were about to give up, Belushi came to the door and escorted us in!

Belushi spent more than an hour with us. He took us all around and introduced us to people, especially members of the NRFPTP who were there—Garrett Morris, Laraine Newman, Gilda Radner and more. Michael O’Donoghue, I think? Again, Chris and Bob could probably provide the complete list. Bob was in love with Gilda Radner. How could you not be?

We had a blast. That said, to our credit, we stayed out from underfoot and didn’t overstay our welcome. It was an honor to spend some time there, but it wasn’t our party, and we respected that.

It was a spectacular night.

I put Belushi on the comp list for everything Marvel published for life.

Life, as it turned out for Belushi, was way too short. 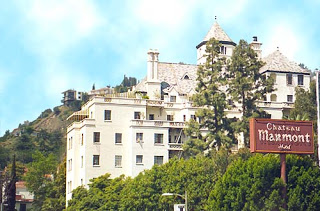 On March 5, 1982, in Bungalow #3 of the Chateau Marmont Hotel Belushi died from too many speedballs delivered and administered by drug-dealer-to-the-stars Cathy Evelyn Smith.

I often stayed at the Chateau Marmont when in L.A., both before and after Belushi died. I usually took a suite in the main building, but once, years later, I stayed in Bungalow #3 because it was the only place available.

I wish I had a cool story about it. It just made me very sad.