Some of you commented that Gruenwald used too much copy, put in too much backstory, or too much information. Some didn’t like the way he standardized the main figures, or the fact that he had Joe Rubinstein ink them all.

I’d like to point out that the Handbook was a monumental undertaking. Having a standardized format and one inker eased the incredible degree of difficulty somewhat. Also, I think Gruenwald was letting his personal inner fan come out a little, doing it the way he, when he was a reader rather than an editor, would have liked it.

Like I said, not exactly what I would have done…

…but the results were undeniably great. A lot of people apparently shared Gruenwald’s tastes. Sales were terrific and stayed at the same high levels throughout the project.

One other detail to mention: I originally thought we’d be able to use previously published panels to illustrate the characters using their powers. Nah. In ancient days, Kirby, Ditko, Ayers and others routinely did power-establishing panels—use of the power and its effect in the same panel. Here are a few of my favorites, two from early issues of the Avengers, one from Spider-Man: 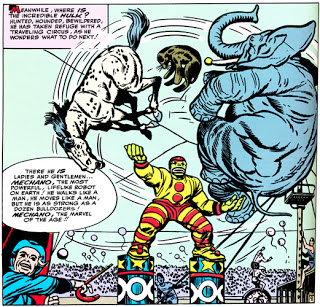 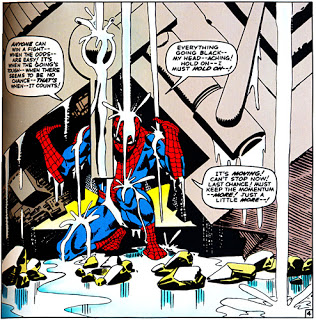 After the ancient guys, you couldn’t find any such panels! Cropped figures. Action in one panel, result in the next. Poor angles. Unclear. Weak. Made me appreciate the Old Masters even more. It also meant that Gruenwald had to have a lot more new art done than originally contemplated, which added to his burden. Which he handled without complaint, except for demanding another cork board in his office.
Anyway….
I think the Official Handbook of the Marvel Universe was great, and stands forever as a testament to the talent and hard work of one of our best, Mark Gruenwald. He is sorely missed.
________________________
I found these items, a memo from Gruenwald about the deluxe edition that is illuminating, and two documents that offer a peek backstage peek: 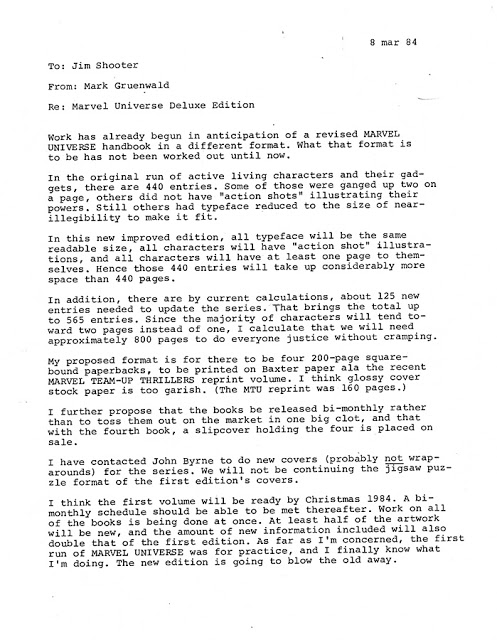 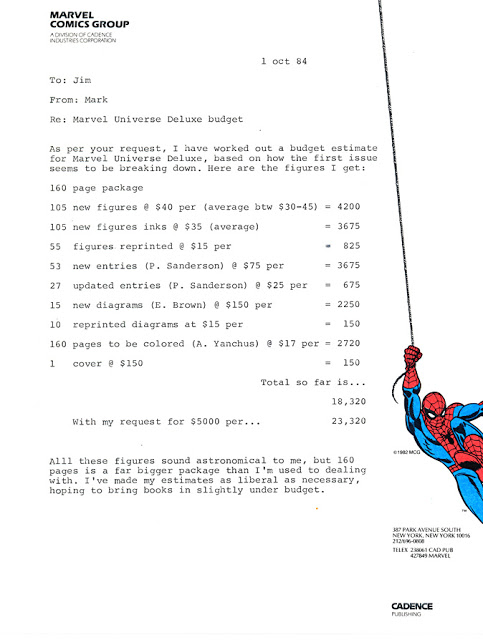 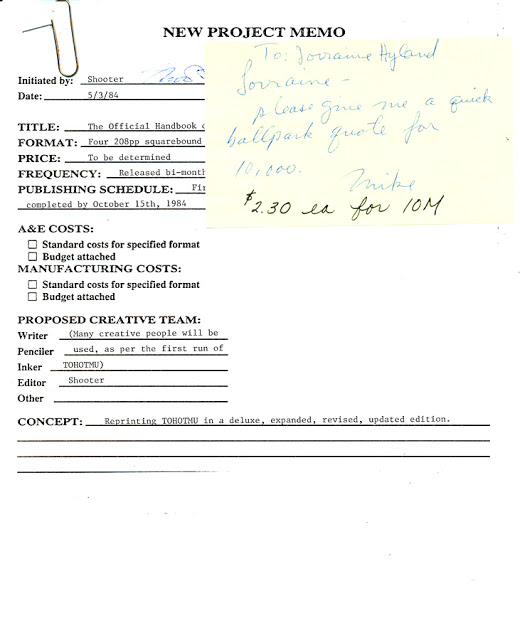 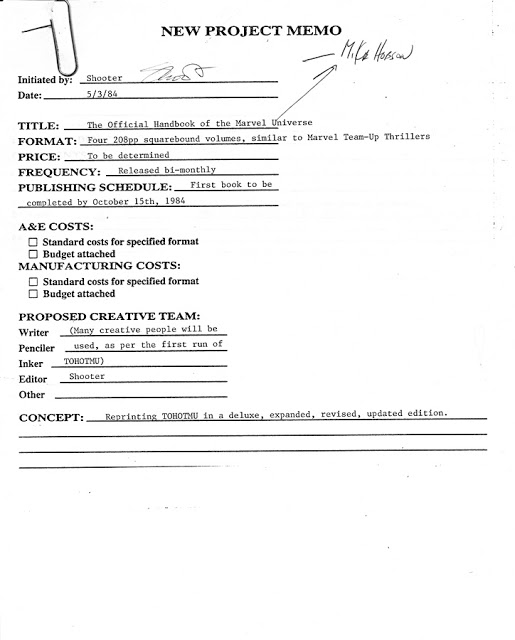 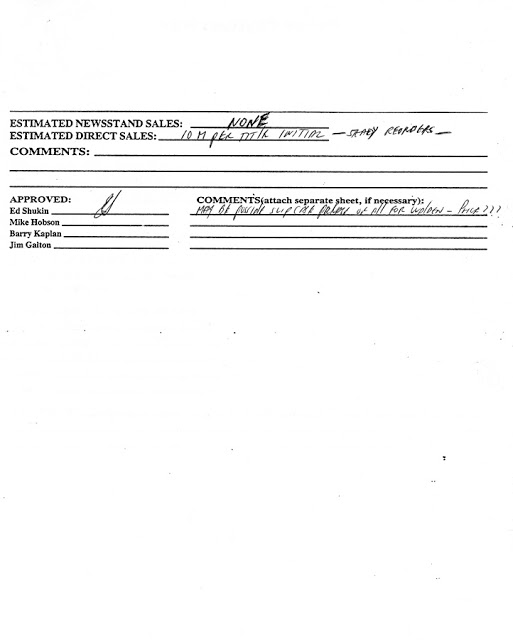 Note that this copy was made after the manufacturing estimate but before full approval.
While we’re playing show and tell, here are a few other items of interest related to things mentioned or discussed recently: 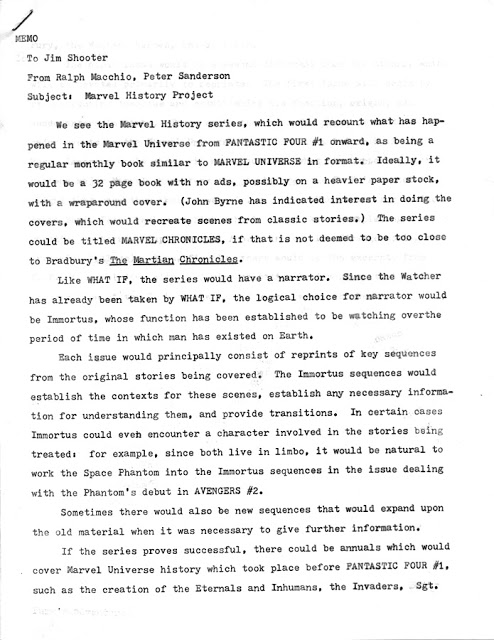 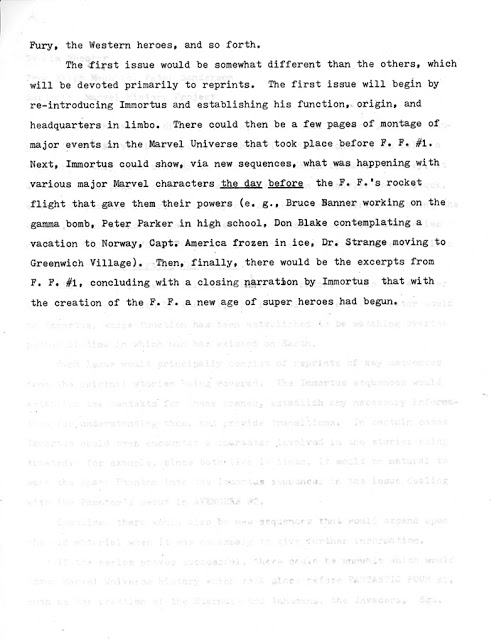 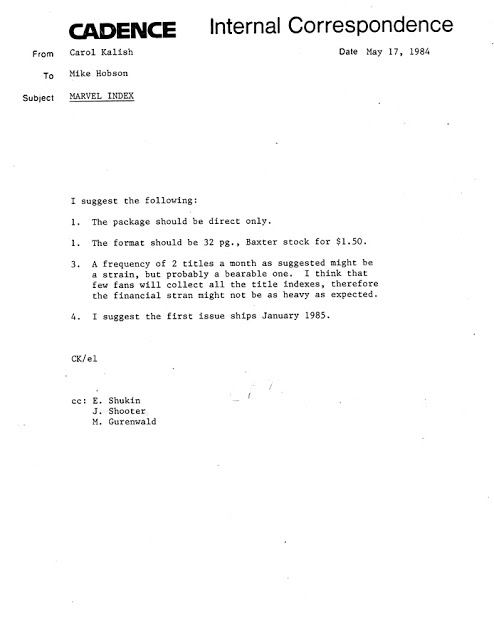 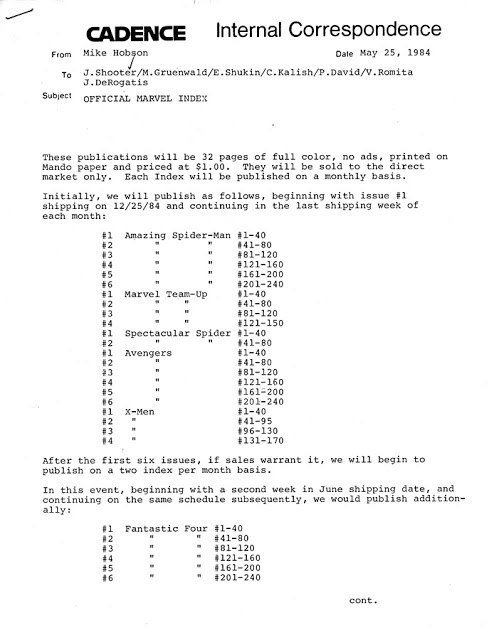 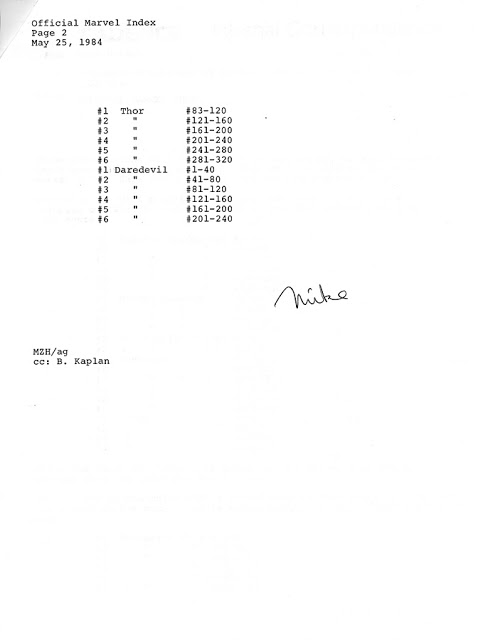 Finally, I believe this was the actress who played Mary Jane for the Spider-Man wedding. 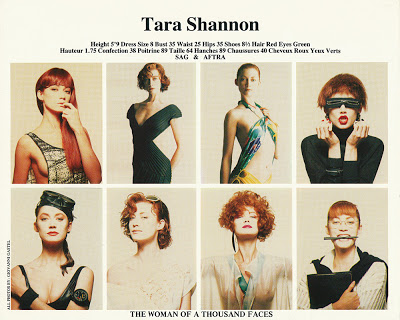 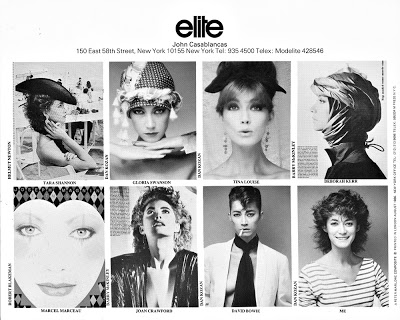