I was just a writer for DC then, so Joe didn’t know me. I would have introduced myself, but he seemed to be pressed for time.

A few years later, after I became Editor in Chief of Marvel, occasionally, I spoke with Joe on the phone about various things. Besides current work, we spoke a number of times about artwork returns, especially the possibility of the return of the old 1960’s pages (I was working on it) and fairer treatment for inkers (I was working on it). Joe was always very nice, a gentleman and a true professional.

Pretty much every conversation ended with me asking Joe to come down to the office for a visit. His old friends like Stan, John Romita, Sr. and Marie Severin would be happy to see him again and the younger troops who’d never met him would be thrilled. And, I wanted to speak with him in person at last.

Joe lived in Saugerties, New York, over 100 miles away, so it was a significant journey. He would joke that he didn’t want to come to the office because the last time he did, Stan made him do some corrections.

I assured him that there would be no corrections.

Finally, at the end of one of our conversations, Joe shocked me by saying that he’d come to the city and stop by the office one day the following week, if that was okay.

It was October. Joe’s birthday is October 16th. Not that we ever needed much of an excuse for a party….

Joe arrived in the late morning. I gave him a tour of our offices at 575 Madison Avenue, which, of course, Joe had never seen. After warm greetings from lots of old friends and first meetings with lots of staffers and some freelancers, Joe, a small contingent of staffers and I went to lunch at the Ultimate Lotus, downstairs. The Lotus was actually in the same building. We went there so often it was practically the company cafeteria.

It was great. The Lotus was a good place, and they always took good care of the Marvel people who went there.

After lunch, the waiter asked if anyone would like dessert. I cut him off. No! No dessert. Just the check.

Joe looked a little disappointed. Like, “gee, how many decades do you have to work for this company before they let you order dessert?”

We went back up to the sixth floor. Everyone was waiting in the big editorial room. You should have seen the look on Joe’s face when he walked in and everybody yelled “Surprise. Happy birthday!”

We had a huge cake, of course.  Dessert.  Joe laughingly admitted he’d been wondering about that….

World-class wag Al Milgrom came up to Joe in mid-cake-chomp with a handful of pages.  “Joe, I need you to do some corrections….” Kidding, of course.

It was a great day.

A couple of years later, Joe came to visit again, on that occasion to our new 387 Park Avenue South offices. He was actually in the city to attend the Cadence Industries Service Awards Luncheon—he’d been under contract to Marvel (a division of Cadence), and therefore an official employee, for, I think, ten years at that point—but he spent a large part of the day in the office.

Here’s a picture of Joe at lunch with some of the guys. Don’t know exactly when it was taken. 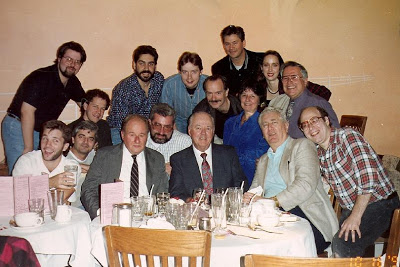 Here’s a memo I wrote to Barry Kaplan about that day: 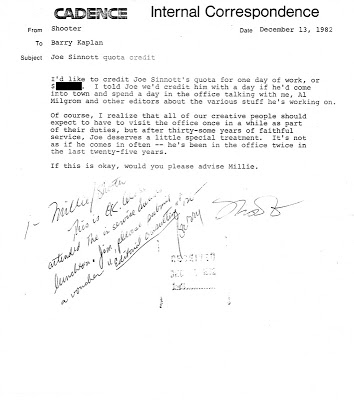 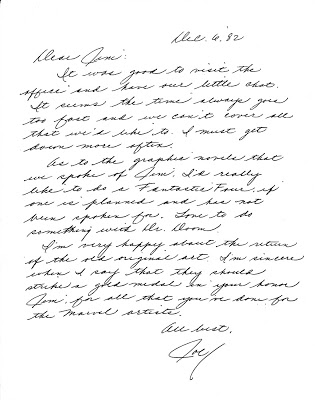 Joe’s second visit happened 29 years and one day ago.

Joe has an abiding interest in baseball. He sponsored a Marvel Little League team on his own. And he did comics like this on his own: 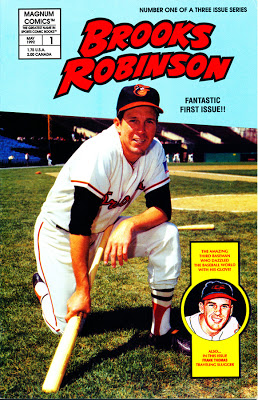 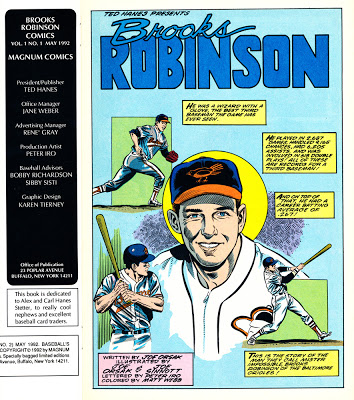 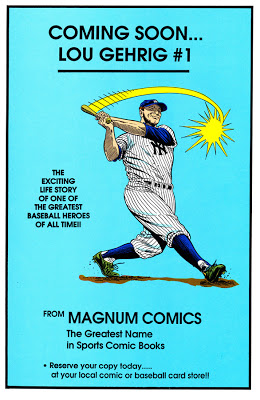 Some of his work appears in the Hall of Fame in Cooperstown.

A “rundown” on West Coast Avengers by the redoubtable Roger Stern: 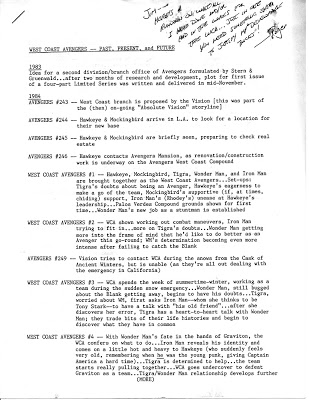 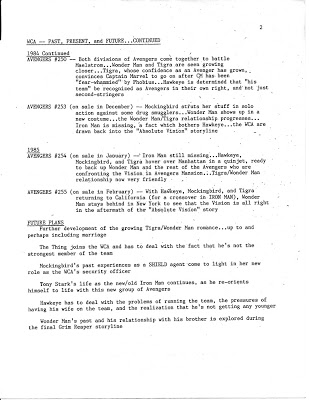 The original announcement of Marvel’s “sales incentive”/royalty plan and a few related items: 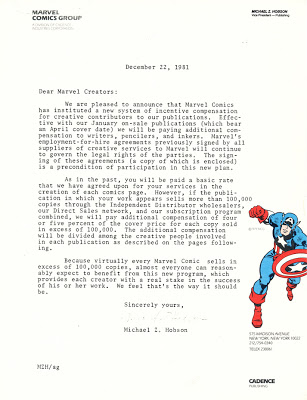 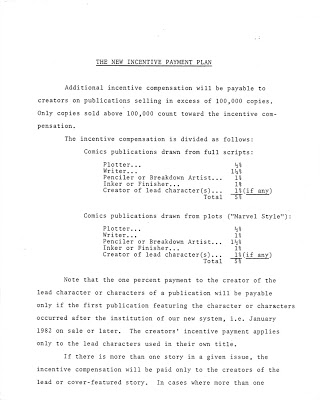 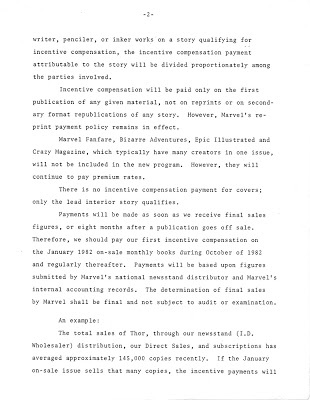 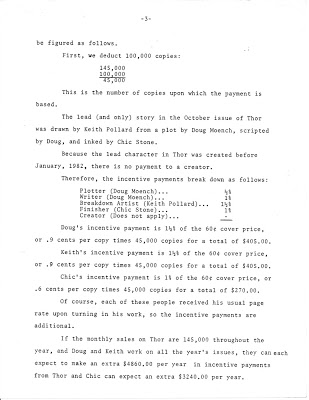 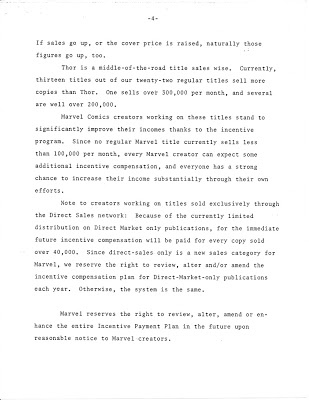 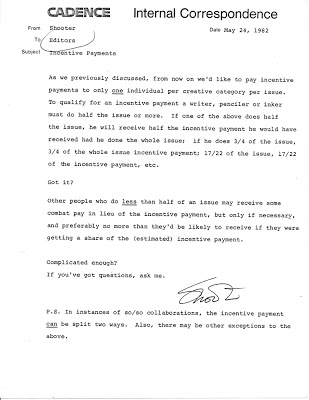 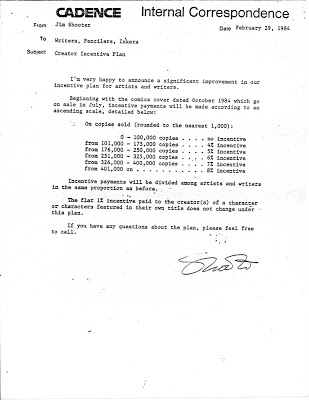 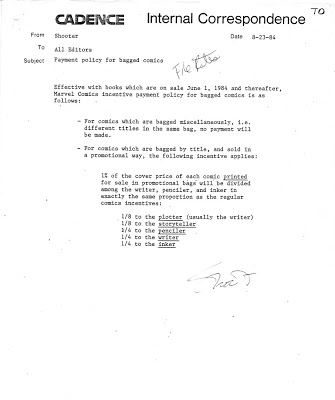 A few “Return Flow Analysis” documents. This is how we received newsstand sales reports from Curtis Circulation way back when. I have transfiles full of these things: 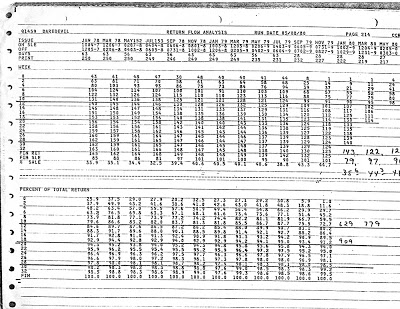 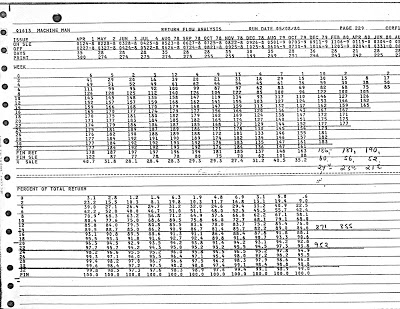 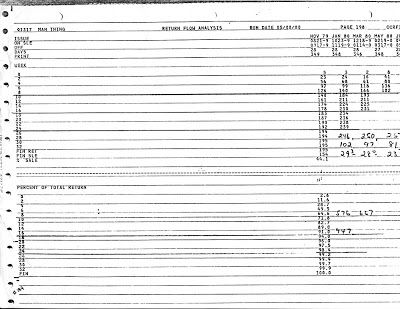 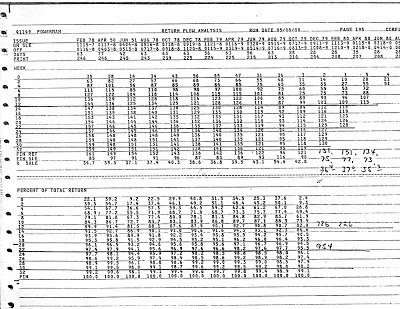 And, last, but not least, something I came across on JayJay’s newly redesigned website, seriousdesign.com (also jayjayjackson.com). This is something she created for me back when I was doing consulting work. Idea mine, design and illustration hers, copy mine, smug, satisfied attitude, hers: 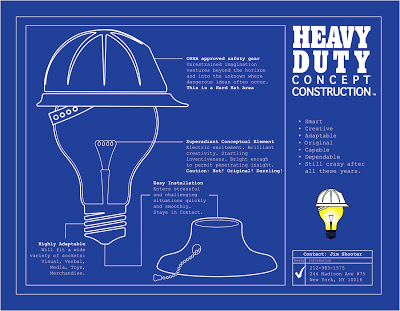 And my business card, also a JayJay the Blog Elf design: 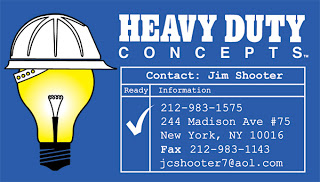