The House of Harryhausen, or a Day with Ray 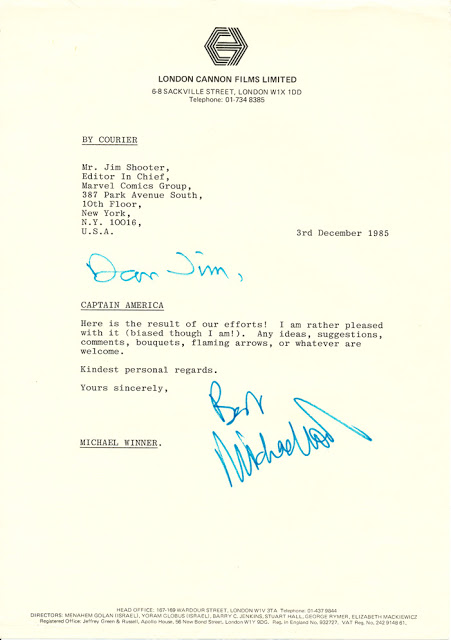 It was awful. Campy-to-ridiculous. Not Captain America. Way off.
There was one good scene in it. After awakening from suspended animation for forty years, Captain America is in a car, being driven through the streets of New York, on his way somewhere. Out the window he sees run down and abandoned buildings. Offensive graffiti. Streets strewn with garbage. Hookers, pimps, homeless people, punks, thugs, drug dealers…. He turns to the government official next to him and says, words to the effect, “Who won the war?!”
I wrote Winner the most polite response I could. I tried to be as upbeat as possible.  Difficult under the circumstances. Like, “Gee, there are some fun things in this, but it really doesn’t represent Cap very well.” That sort of approach.
Here is Winner’s response: 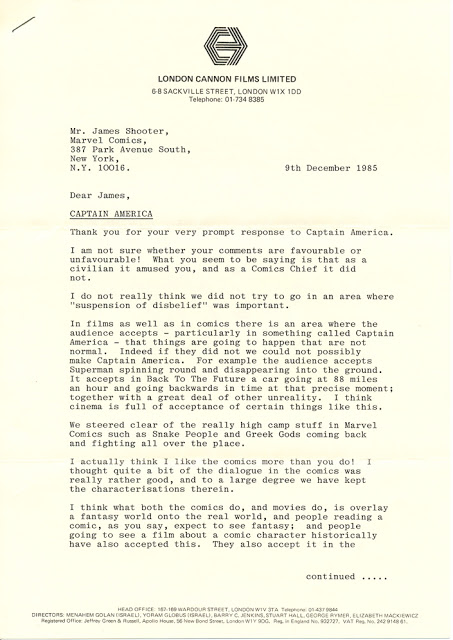 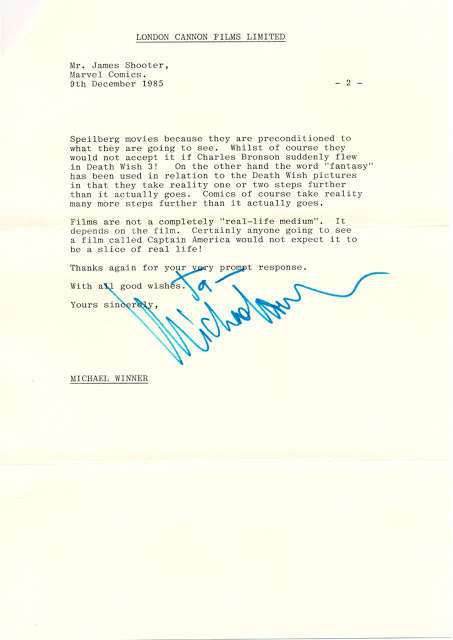 I never saw or heard from Winner again. The project was abandoned, I believe. Not because of me, mind you. I think Marvel and Winner wanted my involvement and would have appreciated my opinion—if it had been a rave. It wasn’t, so it was ignored.
But for some reason, the project went into limbo for a while.
Some other director/producer eventually inherited the screenplay and the project. The film was made and released in 1990. I don’t know if any rewriting was done.  I’ve never seen it. From what I’ve heard, it’s not good. It might be worth seeing just because Billy Mumy is in it. I like Bill. Great guy.
P.S. Bob eventually paid me back most of what he owed me, but not for a long time and not without drama.
NEXT, since Captain America is on my mind: A Review: Captain America and Bucky #624